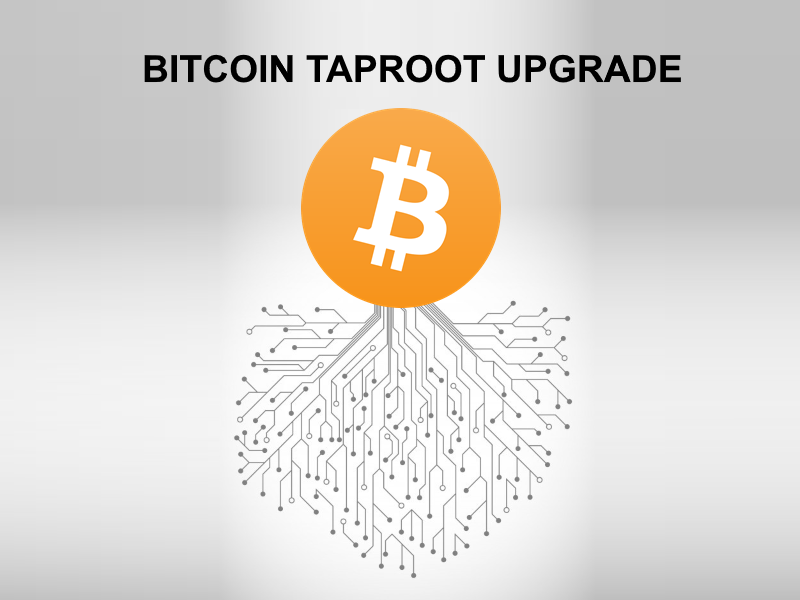 Apple’s CEO reveals he owns crypto, Twitter establishes a crypto department and bitcoin gets a major upgrade. These stories and more this week in crypto.

The value of the total crypto market topped above $3 trillion this week with Bitcoin reaching $69000 and Ethereum going over the $4800 mark. Prices rose after the US Bureau of Labor Statistics released its October inflation figures which reflected the steepest monthly rise in 30 years, and investors are looking to cryptocurrencies as a hedge against inflation.

Tim Cook—the CEO of Apple—revealed that he is personally invested in cryptocurrency. Cook has done some research on crypto and considers it a reasonable part of a diversified portfolio.  Despite his personal investment, though, Cook dismissed the idea of Apple putting cryptocurrency on the company’s balance sheet anytime in the near future.

Mastercard has partnered with three crypto platforms to build crypto credit cards that will enable users to load cryptocurrencies from online wallets onto their cards to buy goods and services. Bitkub, a digital exchange in Thailand; Coinjar, a crypto trading platform in Australia, and blockchain finance firm Amber Group are helping Mastercard to roll out crypto services in Asia.

Shares of Coinbase, the largest cryptocurrency exchange in the US fell sharply after the company missed its revenue and earnings expectations. Trading volumes fell 30% compared to the previous quarter and while Coinbase posted $1.1 billion dollars in transaction revenue in the period, it was also down from the prior quarter.

New York City is getting its own digital asset, known as NYC Coin. The token is being developed by a community platform known as CityCoins, which also built Miamicoin earlier this year. The currency will garner revenue for NYC through its mining process, and will be used to fund projects of the city. Meanwhile Miami’s mayor is offering its residents digital wallets and giving them bitcoin directly from the yield from the city’s own cryptocurrency, MiamiCoin.

Muslims in Indonesia have been barred from using bitcoin by the country’s top religious council, who say the cryptocurrency goes against Sharia law. The Council has declared the asset harmful given that it contains elements of wagering and uncertainty, and thus has the potential to harm anyone who invests.

The Taproot upgrade went live this weekend on the bitcoin blockchain. Taproot is the first major upgrade to the bitcoin network since SegWit in 2017. Taproot brings smart contract capabilities to the Bitcoin network that power decentralized finance applications and NFTs, enhance the level of privacy, and allow cheaper transaction costs.

A huge thanks to Unstoppable Domains for being our sponsor this week. With Unstoppable Domains choosing Polygon as a layer 2 solution, from November 15th you will be able to claim NFT domains without paying any claim, renewal or gas fees! Buy rare 3 character NFT domains like ‘pay.bitcoin’ which are available for the first time ever with the link in the description!

Bitcoin Everything Important Proof Of Work