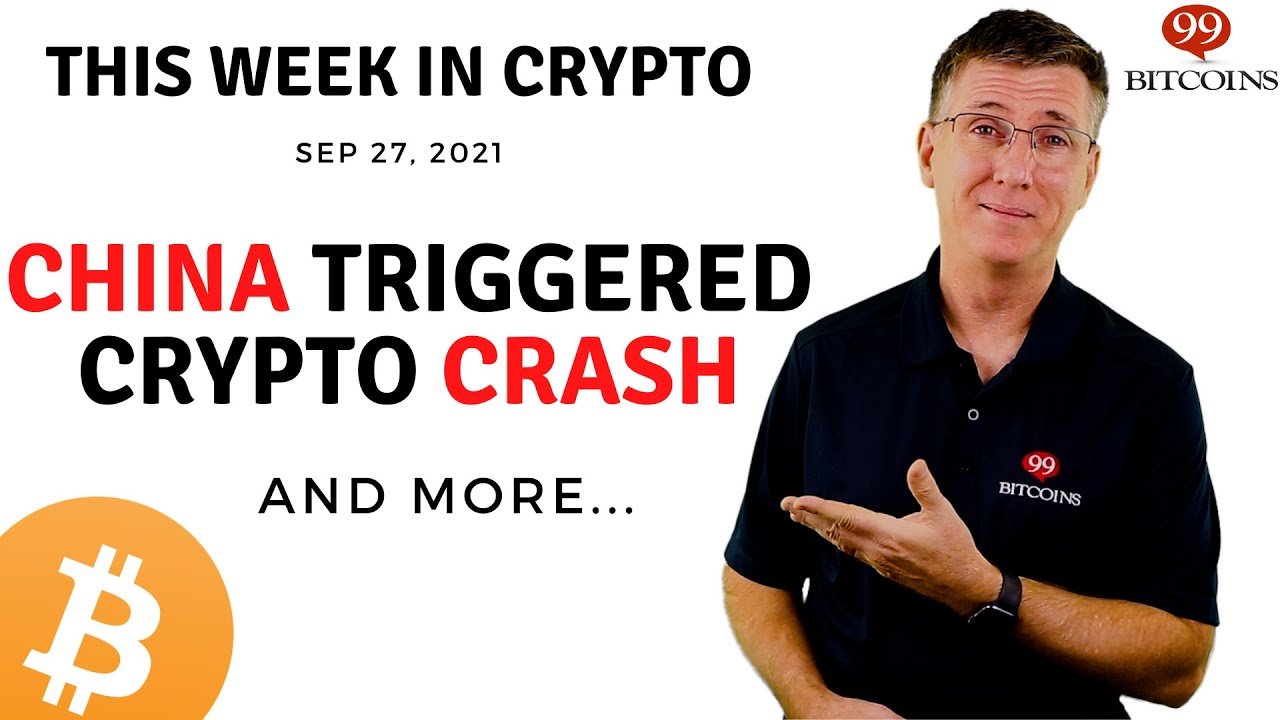 Has Inflation Peaked In The United States? – Bitcoin…

Bitcoin Maximalists Do Not Trade For Bitcoin – Bitcoin…

China sinks the crypto market, Twitter launches Bitcoin payments, and online dating could be hazardous to your crypto stash. These stories and more this week in crypto.

The crypto market took multiple hits this week reacting to news coming from China. The first came following news that Evergrande—China’s second largest property developer is on the verge of bankruptcy, sparking a sell off that saw cryptocurrency prices dip by over 10 percent. Then just as the market began to recover, further news broke that China would be enforcing a ban on all digital currency transactions, sinking the market again, even though the country had already banned bitcoin back in 2017.

Twitter rolled out Bitcoin-based payment features this week including support for Lightning wallets, as part of a larger plan to support creators on its platforms. Twitter users worldwide can employ Bitcoin tips using iOS devices, with support for Android devices to follow in the near future.

Leading online payment processor, PayPal, announced a new application that allows multiple new financial services including buying, selling, and holding crypto. The new app will also introduce a ‘PayPal Savings’ account along with the ability to manage gift cards, pay with QR codes, and access credit all from within the same app.

Two major hacking incidents happened this week in the DeFi world. pNetwork, a cross-chain decentralized finance protocol, suffered an attack and lost over $12 million worth of pBTC. Decentralized platform Vee Finance also reported losses of more than $30 million in bitcoin and ether following a cyberattack. Those funds were stolen using a single wallet address, which the company now claims has been frozen.

The US Treasury Department has announced plans to impose sanctions on enterprises and trading platforms that have allegedly been part of ransomware attacks in the past. Sanctions will be placed in the hope that this will prevent them from processing illicit transactions in the future.

Cardano, the blockchain competitor to Ethereum has announced the store for decentralized applications on the network, calling it Plutus dAppStore. In this storefront, developers will be able to upload their Cardano dApps, making it easier for the community to discover them. Cardano’s long-awaited Alonzo hardfork, which brought smart contract functionality to the blockchain, went live earlier this month.

Legendary rap artist Snoop Dogg has entered the NFT Metaverse with his own private ‘virtual mansion’ on The Sandbox. Sandbox players will be able to interact with others in Snoop’s mansion, access exclusive NFTs, attend live concerts and ‘priceless experiences’ with one of the 1000 exclusively available Snoop Private Party Passes to the mansion.

The FBI has announced that crypto fraudsters are regularly scanning online dating sites for potential victims. Thus far, the agency has received nearly 2,000 complaints with more than $133 million in funds stolen from individuals claiming that they were scammed into investing in obscure cryptocurrency projects after speaking with someone they believed to be a potential partner.