Against The Inevitability Of Bitcoin 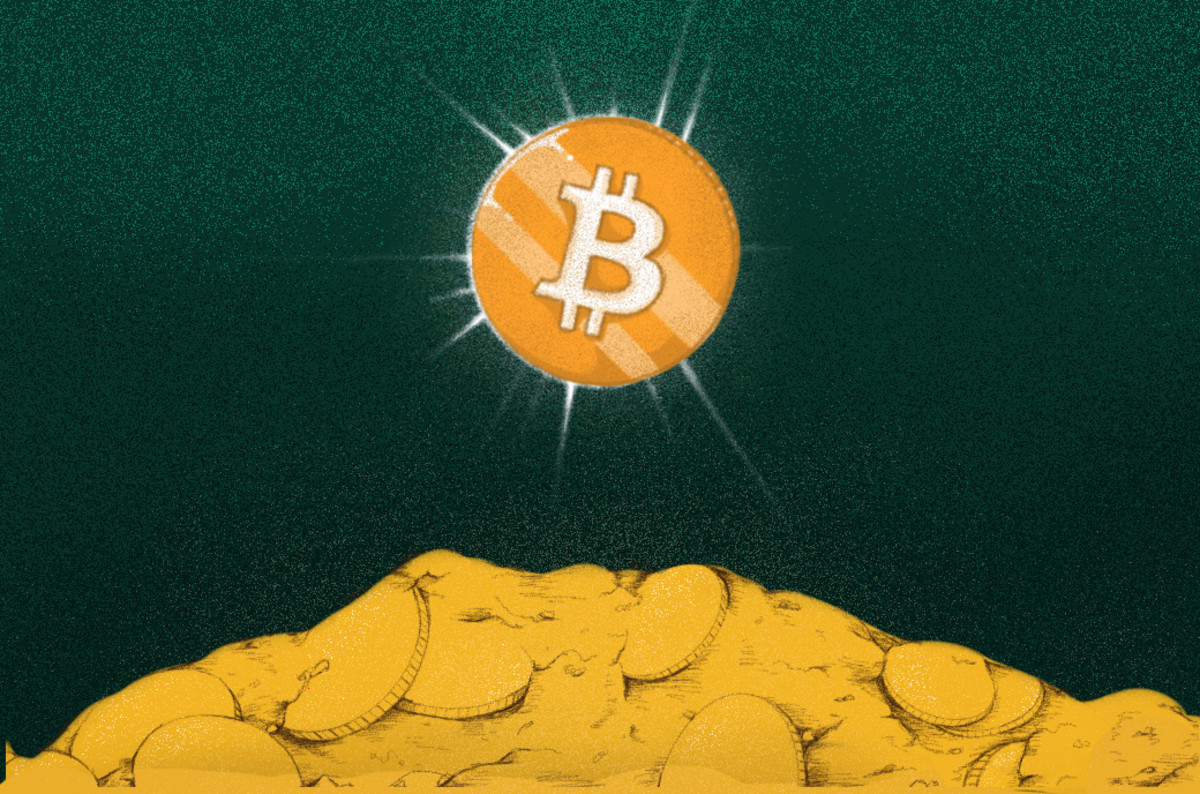 When Satoshi Nakamoto wrote and released the first code that began the Bitcoin experiment, it was an inherently optimistic act in response to the economic and monetary turbulence referenced in the genesis block.

Satoshi was a cypherpunk, a group which envisioned shaping a better future through deliberate technological innovation, particularly in regards to software.

By leveraging software, a single individual could have an outsized impact on the world and future societal outcomes. Unfortunately, however, this optimism has more recently been warped beyond recognition and become detached from the focus on actual progressive technical development.

I mean to highlight and push back on this attitude of inevitability, which stands in stark contrast to Bitcoin’s original practical optimism. Two prominent examples come to mind: PlanB’s “stock-to-flow” (S2F) model and Michael Saylor’s Bitcoin strategy and rhetoric.

The Lure Of Inevitability

In PlanB’s infamous price projection model S2F, the path to bitcoin’s dominance is charted, assured and deterministic. Sure, the author never claims its absolute precision. After all, all intellectually honest parties will agree volatility is unavoidable in bootstrapping a new monetary system from zero. But the popular attitude around S2F’ and all similar models is clear:

It’s not a mystery why. With this idea as a guiding star there’s nothing to do but sit around, stack sats with any available cash flow, and wait for the prideful moment you can tell everyone, “I told you so.” The lure of inevitability is easy, simple and seductive.

While Michael Saylor has been vocally critical of the S2F model, he seems to mirror the same underlying attitude of assumed inevitability. Saylor and his firm, MicroStrategy, are the most famous and aggressive public buyers of bitcoin in the world. MicroStrategy holds more than 124,391 bitcoin, while Saylor has stated he holds 17,732 as of 2020. Yet nearly two years into making their first public foray into Bitcoin, neither Saylor nor MicroStrategy have visibly engaged in any work to enhance the development efforts of Bitcoin or the surrounding software ecosystem to the benefit of that massive investment.

Saylor’s messaging in interviews is consistent, and to be sure, he does an excellent job of boiling down core concepts to general audiences via apt metaphors. Digital gold is an excellent mental model for describing bitcoin’s supply cap value to a new audience, one which he leverages liberally. But as the aphorism goes, “All models are wrong. Some are useful.”

Even the usefulness of the digital gold metaphor, however, quickly collapses beyond a superficial analysis, so allowing it to shape narrative and thinking too seriously quickly becomes counterproductive. This is for the simple reason that bitcoin isn’t an inanimate rock or a static element on the periodic table. It’s ever-evolving software, one that must continue to be maintained and improved on.

Saylor’s messaging and active investment strategy betrays the same underlying attitude behind models like S2F: The work behind Bitcoin is done, and success and growth is assured based on its static properties.

The issue with this attitude is simple. The battle is not won and not by a long shot. Suggesting otherwise, worse than creating misleading expectations, actively hampers our efforts to continue improving Bitcoin as a technology today.

How can we when a significant portion of the ecosystem, including its most prominent investor, are happy to stack sats and let a small cadre of open-source developers continue to do the work of actually advancing the Bitcoin protocol?

Some will take issue with this very premise and argue that Bitcoin’s success is inevitable based on the strength of that technology today. Bitcoin’s success, however, is not actually an all-or-nothing prospect that we can speak authoritatively about in advance.

Even if we accept the argument that the success of bitcoin as an asset due to its fixed supply and network effect is of high certainty, that does not guarantee the success of Bitcoin as a platform for a “full stack,” peer-to-peer financial ecosystem.

It’s well known that Bitcoin’s base protocol layer has limited transaction throughput by design. This design choice ensures that the base layer remains as decentralized as possible — its most important property. On top of this foundation, new software tools and layers can and are being built which increase the scalability of transaction throughput and other functions.

These solutions present a wide array of differing trade-offs, from relatively simple and purely centralized like Cash App and exchanges to self-custodial and largely decentralized like the Lightning Network. The latter category of solutions are intrinsically more difficult to build, so Bitcoin inevitability and the resultant complacency is simply not compatible with the community wide effort needed to enable these solutions to win out over easier, centralized alternatives.

Failing to correct for this will result in the wider Bitcoin ecosystem suffering from choke points and resilience shortcomings which can and will be easily leveraged by adversarial actors to attack the network and its participants.

Potential future outcomes in this area are nuanced and uncertain, and they can ultimately only be shaped via action. We can choose to ignore this and continue to rest on our laurels, assured in a degree of limited success at best. Or we can choose to continue down the technological rabbit hole of extending self-custodial and P2P solutions to as many people as possible.

The limiting factor for supporting more innovative self-custody and P2P solutions on top of Bitcoin remains in the core protocol itself.

To be clear, Bitcoin’s core protocol is limited and focused as a deliberate design decision which improves both scalability (unlike much more stateful alternatives like Ethereum) and attack surface. However, its current capabilities are simply not enough to support a full-stack P2P ecosystem. There are dozens of open Bitcoin Improvement Proposals (BIPs), many of them which possess significant conceptual ACKs (meaning agreement with the general goal of the proposal) with work slowly underway or, worse yet, at stages of high maturity simply waiting for adequate review, discussion and motivation to merge. With four years elapsed between the last two significant protocol updates, SegWit and Taproot, there’s surely much improvement to be made.

However, complementary to the “inevitable success” attitude is the “inevitable ossification” attitude. Protocol ossification refers to when a protocol becomes so widely used that the number and diversity of stakeholders involved makes continued development of the protocol practically impossible, freezing it in place. This is, of course, ultimately an indicator of success, as it speaks to the widespread dominance of that protocol.

However, some will argue that ossification sooner rather than later is actually desirable as a defense against malicious changes to the Bitcoin core protocol, a la SegWit2x. This attitude entirely ignores and greatly increases another exploitable attack vector: stalling and preventing beneficial changes to the protocol which can enable more robust peer-to-peer and self-custodial solutions on subsequent layers. Indeed, after the spectacular failure of SegWit2x, any adversary would likely conclude the stalling strategy to be far more viable.

In understanding that our window for beneficial protocol enhancements may, in fact, be rapidly closing due to the natural process of protocol ossification, and that stalling further development is arguably a much more likely attack vector than pushing through a deliberately malicious change, our urgency to continue extending Bitcoin functionality today should be higher rather than lower. There is certainly no pro-Bitcoin case to hasten ossification now or in the near future, especially in the context of there being many more obviously beneficial changes and extensions to be made. Protocol ossification, like properly understood Bitcoin maximalism, isn’t prescriptive but rather descriptive.

It should be noted that the argument here isn’t that any shortcuts be taken, or some arbitrarily determined schedule of soft forks be adhered to for the sake of progress.

I do, however, hold that taking another four years to implement a significant extension of the core protocol would be an utter failure for the Bitcoin community. With so many compelling active BIPs and a passionate and active ecosystem of individuals and organizations, there is simply no reason for it.

Community discussion needs to be aggressively focused on shortening the process to develop, vet, debate, improve and activate these proposals safely while we still have the ability to do so. Indeed, after over 5.5 BTC was organically pledged to a bounty in support of finding showstopping bugs in BIP-119 “CTV,” there does seem to be significant community demand to do just that.

Bitcoin has come a long way in 13 years, and as should be expected, its progress and growth has led to dramatic changes in its reach and community makeup. With this change comes an evolving landscape of discourse and ideas, and the ideas that win out will increasingly be the simplest ones which appeal to the greatest common denominator. It should be no surprise then that “digital gold,” for all its elegance, has gained such traction. Or that simple price projection models which confirm our most basic biases are tracked and iterated on with such fanfare.

The issue lies not with such ideas existing or even gaining popularity. All models, while flawed, serve their purpose. The purpose of these concepts is to initiate the beginning of a funnel for more mainstream audiences. To provide easily digestible analogies allows newcomers the comfort to begin wading into an immensely deep ocean. This purpose flounders, however, if their own evangelists and the community at large fails to lay the groundwork and impetus to push ever deeper.

As a community, we fail when, in chasing the mainstream, we lose sight of the original spirit in which Bitcoin was created and bootstrapped. We fail when we are so easily seduced by our own clever marketing, and victimized by our own overconfidence, that we lose sight of the core principle which brought about this humble experiment and upon which all else continues to depend on. We can succeed by remembering it.

This is a guest post by Ariel Deschapelle. Opinions expressed are entirely their own and do not necessarily reflect those of BTC Inc or Bitcoin Magazine.

Ethereum Price Levels May Fall Below $2,000