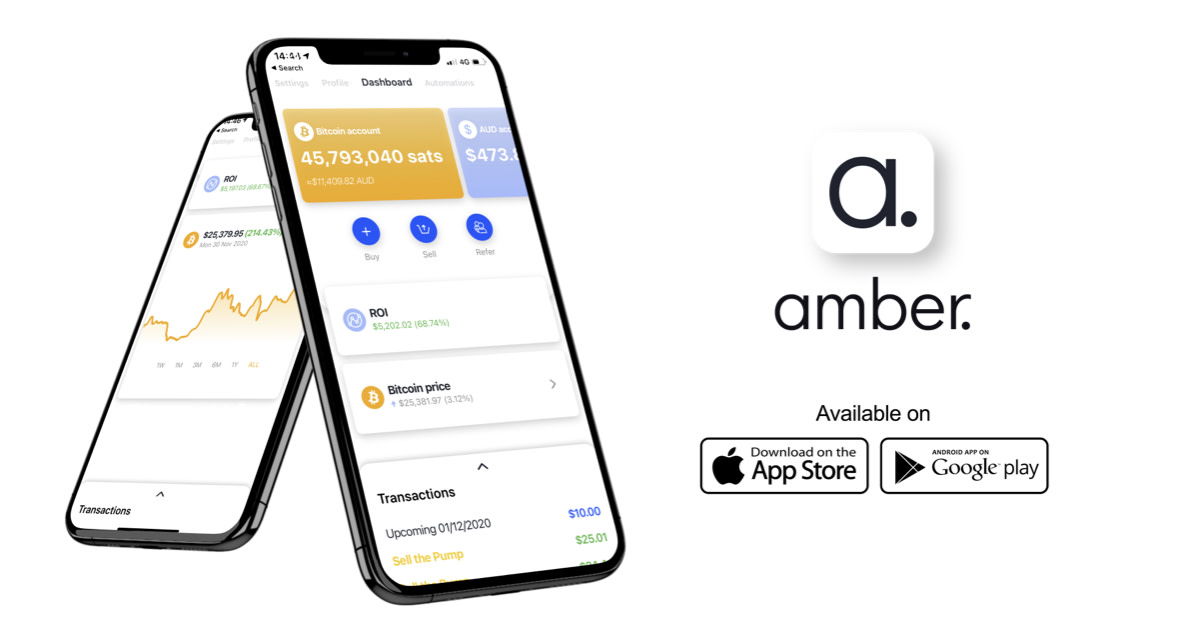 Amber, the Australian-based Bitcoin accumulation app that has spawned an entire generation of Dollar Cost Average (DCA) products around the world, has announced its launch in the United States, per a press release sent to Bitcoin Magazine.

“We decided to get the app rolled out in stages, so the first few releases in the US won’t have all the functionality we have back home in Australia, but it’s a start,” said Amber CEO and Founder Aleks Svetski. “We want to get the product in people’s hands so we can better prioritize what people want to see us build next.”

The app is currently in private beta for both iOS and Android, with plans to move to a public beta this upcoming October. Customers will have access to Amber Basic and also the option of their premium service, Amber Black, which offers users to stack as much bitcoin as they want with no fees. The app will be live across 44 states once the beta goes public.

Following the U.S. launch, the company is aiming to expand in the emerging markets in Latin and South America. The vision Amber has for the app is to become an all in one “super app” where users can have access to purchasing power in the form of fiat, earn bitcoin and shop inside the app, all without ever having to sell their bitcoin.

Svetski explained: “Bitcoin companies are not just the future of finance, but the future of freedom technology. Just like Bitcoin ‘breaks all the models,’ Bitcoin businesses will break all the legacy businesses across verticals as diverse as social networking, investing, saving, communications, gaming, commerce, transport and you name it.”

Amber boasts investors such as Fulgur Ventures, Morgan Creek Digital and a major Australian university. They recently closed more funding from lead investor Fundamental Labs and are launching a short campaign on BnkToTheFuture this week that will let people invest in the company and get exposure to its upside.

You can also find out more about their BnkToTheFuture campaign at:

Russia To Let Any Industry Trade In Crypto – Bitcoin Magazine