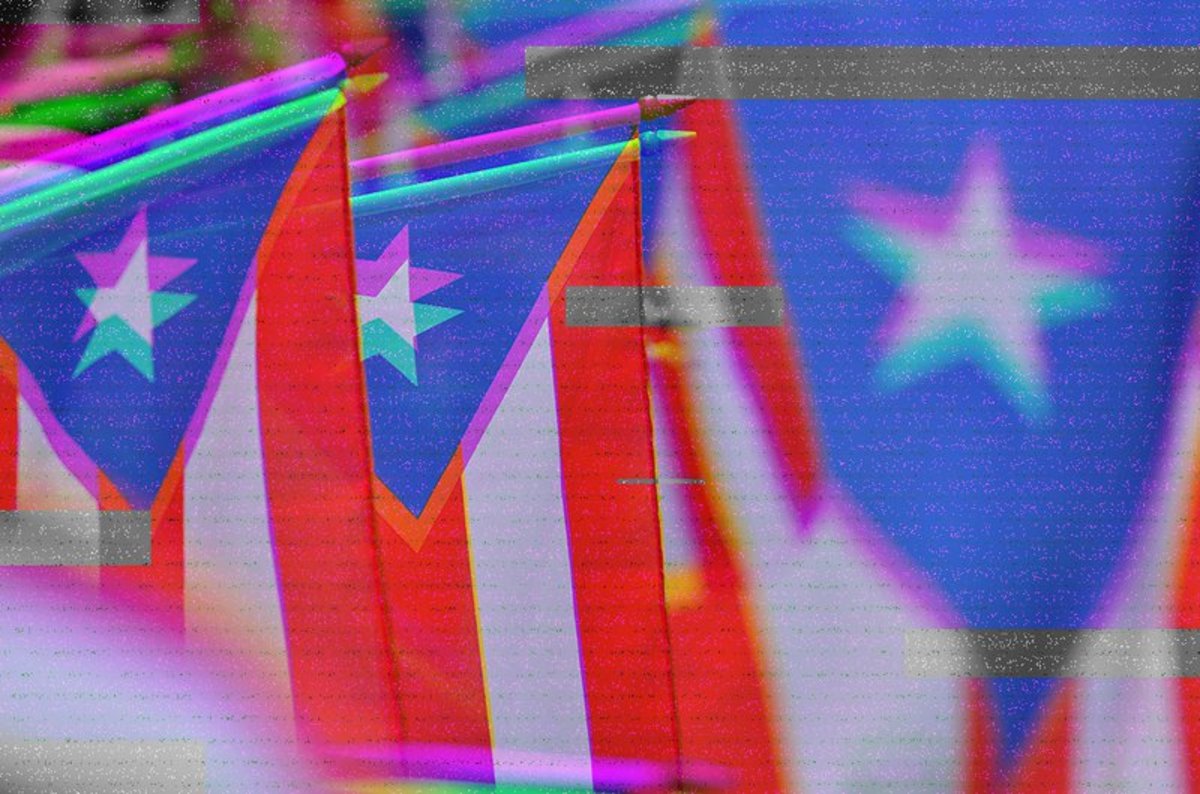 By 2017, I was peripherally aware of the existence of Bitcoin as an idea, though it remained unknown to me as a global phenomenon. I had yet to learn about Bitcoin as the antifragile and sovereign monetary system able to compete globally at scale with the U.S. dollar — as the political economic worldview grounded in anarcho-capitalist, “cypherpunk” philosophies of power, value, individual autonomy and mutualist community sovereignty. For the time, I remained ignorant of Bitcoin’s Austrian school resistance to Keynesian fiscal and monetary policy, as well as the sacrosanct status of modern monetary theory in global governance, U.S. statecraft and academic circles. In 2017, I only knew that it was a tool my libertarian friends accumulated by running a server in their homes (what I later learned is the process referred to as “mining”) and then saved or spent as computerized, intangible blockchain cash on the internet.

Fast-forward to summer 2021 — as I began furiously and energetically composing the syllabus for my fall United Nations course, I had the privilege to teach at the University of Delaware. I became motivated to incorporate current, salient events into the curriculum. As such, I eagerly plunged into my summer reading to conduct my own investigation once and for all into the phenomenon of Bitcoin which had eluded me for years. Upon ruminating on dazzling works such as Saifedean Ammous’ “The Bitcoin Standard” (2018), Sara Horowitz’s “Mutualism: Building the Next Economy from the Ground Up” (2021), Eric Lonergan and Mark Blyth’s “Angrynomics” (2020), and Lana Swartz’s “New Money: How Payment Became Social Media” (2020), I confidently assembled my syllabus for a course focused on exploring the merits of global Bitcoin adoption.

Following a Twitter exchange with Matthew Klein — an author of “Trade Wars Are Class Wars” (2020) — I also reached the conclusion that Bitcoin resolves the present emergency of American household debt and rising inequality created by the international use of the U.S. dollar. A system which generates worsening financial crises for Americans as the U.S. must satisfy global demand for reserve assets through unproductive investments and further domestic indebtedness. Bitcoin, like the gold standard prior to World War I, has the capacity to facilitate a functioning trading system by implementing a symmetrical mechanism to constrain those institutional distortions producing excessive global demand for American financial assets. Puerto Rico has been America’s “canary in the coal mine” since the Cold War. Puerto Rico experienced a rising deficit through lower income from deindustrialization and higher spending on imports before the rest of the U.S. Both the deficit in the U.S. and Puerto Rico resulted from foreign savers buying U.S. assets which yielded negative saving rates domestically, heavy borrowing and increased debt issuance.

In 2017, I began formulating the research project that would later grow into my doctoral dissertation. In August, September and November 2017, hurricanes Irma, Maria, Harvey and Nate did hundreds of billions of dollars’ worth of destruction to the U.S. and resulted in unknowable death tolls. Irma and Maria catastrophically impacted Florida and Puerto Rico, and the excessive damage done to the islands of Puerto Rico — to critical public infrastructure — resulted in a series of cascading failures of the many networks and systems of energy, transportation, communications, water supply and wastewater treatment. These failures significantly extended the horizon of the emergency and compounded the already intense sovereign financial crisis that had begun to mount decades earlier as concurrent problems with the U.S. dollar began to metastasize in the late 1990s.

As I was interested in the concepts of autonomy, sovereignty and freedom as they relate to debt, macroeconomic policies and powerful Keynesian governing institutions, I decided I wanted to meaningfully understand precisely how Puerto Rico came to issue roughly $73 billion in outstanding public debt that was purchased cheaply by bondholders and hedge funds. I wanted to understand exactly how the financial industry interacted with sovereign debt, as well as how Keynesian fiscal and monetary policies in the U.S. during the late 20th and early 21st centuries had directly put the islands of Puerto Rico in this abysmal, deeply indebted position. Little did I know at the time that the specter of Puerto Rico’s debt crisis would come to haunt the rest of the U.S. before long as a direct result of the faltering international dollar system.

I wanted to learn everything I could about Puerto Rico’s debt so that I might be able to make informed policy proposals for recovery and building resilience into the island’s political economy. As I immersed myself in the “expert” literature on Puerto Rico — and specifically research on managing their public debt crisis — I quickly learned that nearly every academic writing about the topic has an extraordinarily superficial, one-dimensional and impractical grasp of the situation and how to deal with it. Many distinguished scholars and activists never even approached the issue of how they believe the problem ought to be dealt with or policies they would prescribe; instead they opt only to critique, critique, critique! In these accounts, it’s always neoliberalism’s fault; academics shrewdly construct “straw man” arguments focused on illustrating the evils and injustices of capitalism and the imperialism of Western ideas, only to knock it over and propose nothing in its place. No one seems to have the answer, yet thought-leaders write books upon books criticizing every effort made to make life better and less precarious for people living under the system’s neoliberal status quo. Those texts that do offer policy suggestions for reform to help ameliorate and solve Keynesian financial crises are unable to think outside the box of Keynesianism itself — attempting to solve the intractable flaws within Keynesianism with more Keynesianism!

I identified as an advocate of Keynesian policies until the final months of 2020; I believed these policy prescriptions provided the only practical — albeit flawed — path forward in cultivating economic growth, increased employment and managing the already unwieldy inflation of the U.S. dollar. Admittedly, promoting Keynesian policies was a bitter pill for me to swallow. To me, much of this scholarship was more an exercise in futility or fantasy than a plan that could be realistically implemented. Many of the ideas put forward have already been tried, and they failed as a result of how impractical or misguided they were! That said, I reluctantly set aside my convictions and intuitions and accepted that I must be misunderstanding something. After all, how could I confidently feel as though I understood the problem and solutions better than University of British Columbia professor, accomplished journalist, and bestselling author Naomi Klein (who wrote the anti-Bitcoin, “The Battle for Paradise”), or broadcasters on NPR (“Puerto Crypto” likewise criticizes the disastrous neoliberalism of Bitcoin), or CUNY and Hunter College Professor Yarimar Bonilla (who has similarly critiqued Bitcoin in Puerto Rico)?

Like in the film “Indiana Jones and the Last Crusade” (1989), it took a leap of faith for me to muster the courage to step out into the chasm and then have the trust in myself restored when I found my footing on rock-solid ground beneath me. I profoundly respect Yarimar Bonilla and everything she does to educate students, our country and the world. Her book, “Non-Sovereign Futures,” (2015) was positively inspirational to me and my research goals. This book changed the way I understand the concepts of sovereignty, autonomy and freedom; it influenced the way I think about the processes of creativity and innovation in politics. What I struggle with is Dr. Bonilla’s argument against Bitcoin in The Nation. In 2018 — over a year after Hurricane Maria, and a year before Governor Ricardo Rosselló was ousted in July 2019 — then-Governor Rosselló was attempting to “sell” the notion of post–Maria Puerto Rico as a “blank canvas” for innovation and investment; he was also trying to institute many of the policies we have now seen El Salvador’s President Nayib Bukele adopt in the fall of 2021.

I believe Bonilla, in arguing against Bitcoin adoption in Puerto Rico, more persuasively highlights the manifold benefits. Puerto Rico has been mired in stories of corruption and graft over the last several years; Bitcoin’s public, distributed ledger technology in blockchain provides overwhelming transparency, accountability and precision concerning the flow of federal emergency aid, charitable donations and government contracts. Whether one was in favor of or opposed Governor Rosselló’s resignation, Bitcoin adoption in Puerto Rico and the disruptive uses of blockchain technology are a separate issue — one that has lost its momentum in the political turmoil and constitutional crises over the last few years as Wanda Vázquez’s administration assumed power before sitting Governor Pedro Pierluisi took over.

I will end with this in response to Bonilla’s charge that Puerto Ricans would be guinea pigs for Bitcoin and blockchain technologies, for new systems of decentralized energy and donation management: It is no longer the case that Puerto Ricans will be experimental subjects. One of the most effective and powerful organizations in the area of emergency management and disaster response is Team Rubicon; thanks to the platform The Giving Block, which facilitates Bitcoin and cryptocurrency fundraising for nonprofit organizations, one can donate bitcoin to Team Rubicon at their convenience. Just like Dr. Bonilla and Governor Pierluisi, I, too, care deeply about the future of Puerto Rico and the extraordinary people who call the islands their home. As such, I beseech academics and political leaders to watch and learn from President Nayib Bukele’s bold move to complement the U.S. dollar with Bitcoin adoption in El Salvador. After years of research and investigation, I am confident that Puerto Rico — just like El Salvador — will be served by and profit from legalizing bitcoin and mining bitcoin.

As Mark Blyth and Eric Lonergan outline in “Angrynomics” — in the wake of the 2008 Global Financial Crisis, Iceland was the country most imperiled as four Icelandic banks recklessly grew their balance sheets to 10 times the volume of the country’s entire economy before the bubble burst, sending the Icelandic economy into a tailspin. Iceland responded by sticking their servers for online gaming and bitcoin mining under the ground to reduce the cooling costs generated by heat from computing power. Emergent innovations such as running the global industries of online gaming and bitcoin mining from underground helped Iceland recover faster than nearly all other countries hurting from the financial crisis. By 2016, Icelandic wages were higher than they were before 2008, unemployment was down and consumer confidence was soaring. Tourism began to thrive once again as Icelanders “swarmed” and pushed for new, creative ideas. I sincerely believe Iceland’s and El Salvador’s examples are models for other countries and sovereignties to follow and to help cultivate a more prosperous and peaceful world. Bitcoin has only just begun to transform global politics, and game-theoretically, it’s more advantageous to get in now on the ground floor! Who will be the next to follow in El Salvador’s footsteps?

This is a guest post by Christopher Tharp. Opinions expressed are entirely their own and do not necessarily reflect those of BTC Inc or Bitcoin Magazine.

Bitcoin Tether And The Financial Beast