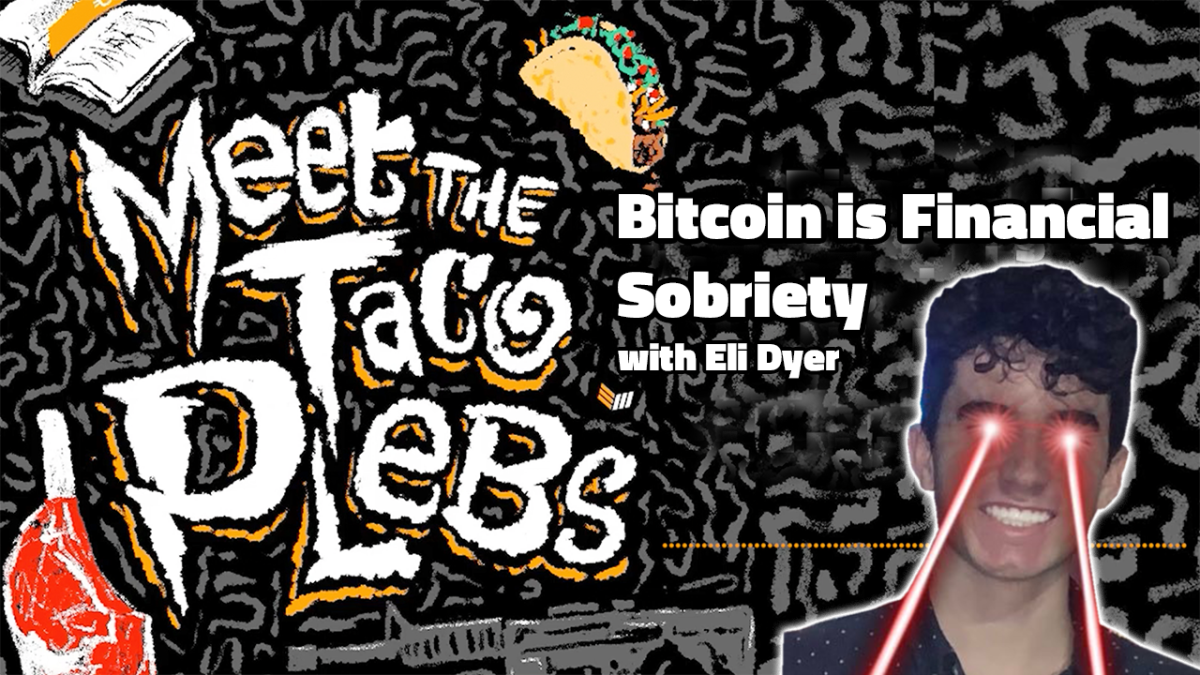 College, for many, can be an experience that completes the transition from youth to adulthood. Along with the many responsibilities that come with living on your own are the freedoms to enjoy life. It can be a life-direction-changing place, for better or for worse.

With these themes in mind, I spoke with Bitcoin Magazine’s very own Eli Dyer about the differences we’ve observed in young people we know outside of Bitcoin versus the young people we know who have been kissed by the orange sun. Be sure to check out the podcast, along with reading the written version of the interview below.

How did you first hear about/get into bitcoin?

I first heard about it and used it in 2018. I was bored in high school and doing random, degenerate stuff online to make money such as online trivia games, lending out money and gambling on Bustabit. It was attractive to me because I was under 18 so I couldn’t open up a bank account in my own name, but I could have my own Bitcoin wallet. Sadly, I didn’t go down the rabbit hole until later, during college. I saw the price going parabolic and decided to look into why people were paying $30,000 for a bitcoin. I started doing research, studying monetary history and eventually found myself on Bitcoin Maximalist Twitter with a completely new lens with which to view the world.

How has Bitcoin changed your life?

It has made me less worried and anxious about dumb stuff, I know I’ll always have my bitcoin stack to fall back on. It’s made me happy to have found a group of people who see the world in a similar lens as I do

You and I are both college aged — what differences in perspective do you see between younger Bitcoiners and young people who haven’t yet understood Bitcoin, in regards to culture and current events?

I think the problem that younger people have with understanding Bitcoin is that it takes a long time to really grasp what it is, and you probably have to read a couple of books in order to really get it. It seems like people don’t really read books anymore because the dopamine from these social media apps has destroyed everyone’s attention spans; I’ve recommended “The Bitcoin Standard” to like five different people and no one has read it. Everyone is caught up with the current news and celebrities/pop culture, but to understand Bitcoin you have to take a break and zoom out and really study monetary history and how we got here and most people our age just aren’t interested enough in that.

More Michael Saylor-esque speculative attacks on the dollar and the number of Bitcoin maximalists increasing.