Bitcoin Is The Most ESG-Friendly Investment 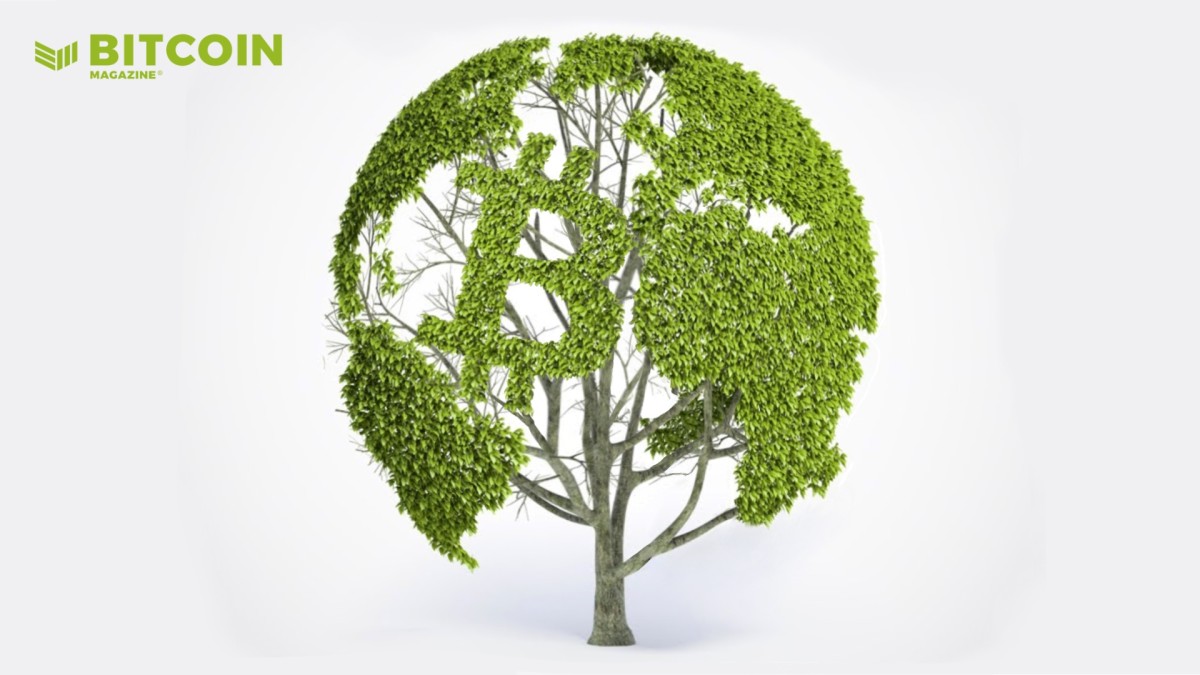 I am a financial advisor, and my clients have owned bitcoin since 2019. In the last couple of years, several of them have expressed concern about Bitcoin’s ESG credentials. How ironic.

My analysis indicates that bitcoin is not only more ESG-friendly than you’ve heard, but that it is probably the most ESG-positive investment in my clients’ portfolios. Here’s why.

There are several ways in which Bitcoin is a net positive for the environment, not a net negative.

At minimum, Bitcoin aims to replace the market for gold. If it succeeds, the world will be far better off, environmentally. That’s because today, the gold mining industry produces more than triple the carbon emissions that Bitcoin does while also pouring toxic chemicals into the ground.

Moreover, Bitcoin incentivizes the spread of renewable, non-greenhouse-gas energy resources. Prior to Bitcoin, electricity markets were local or regional, but not global. That’s because electricity doesn’t travel more than a couple of hundred miles. This meant that there was no way to harness many solar, wind, hydro and geothermal resources because the population centers that might consume the electricity generated were too far away.

Bitcoin fixes this. Because Bitcoin mining facilities can be located anywhere in the world that has an electricity source and low-bandwidth internet access, Bitcoin unlocks stranded clean energy resources far from population centers. This increases the units of solar, wind, hydro and geothermal production equipment sold, which funds the research and development budgets of the companies that make those clean energy units. This reduces the overall cost of production of clean energy, which unlocks more stranded assets, in a virtuous cycle.

Yet another major benefit that Bitcoin brings to the power grid is baseload demand that can be easily toggled off when overall electricity demand exceeds supply. A great illustration of the problem was the 2021 Texas blackouts. Although the Texas grid had enough capacity to support the needs of households under normal circumstances, storms resulted in significant production cuts that left millions of Texans in the dark and cold.

Unlike households that can’t afford to go without electricity or businesses that take hours or days to scale down their electricity usage, Bitcoin miners can safely switch off in minutes. They can therefore support a larger overall installed base of power production and most efficiently take the hit in the event of a production outage. Households and businesses end up with a power grid that is more robust and dependable.

In the long run, perhaps the most significant way in which Bitcoin can improve the environment is by disincentivizing frivolous spending. In a world of near-zero interest rates, people are driven to spend their money rather than save it. Since every product and service requires some amount of energy to produce, a world with non-manipulated interest rates could see a significant decrease in unnecessary energy-hungry consumption.

The gold mining industry does not just consume lots of energy and emit chemicals; it also is notorious for providing corrupt governments with fixed assets that can easily be exploited. Average citizens take dirty jobs, while government-affiliated elites extract the surplus. It seems no coincidence that many of the most corrupt and governments sit atop resource-rich countries.

But the negative social impacts of the existing fiat monetary system are also manifold:

Bitcoin fixes all of this. Its fixed money supply removes the inflation tax that is incalculable, non-representative and regressive.

In a diverse country like the United States, leadership legitimacy requires diversity. So, let’s look at the diversity of the governing body of the dollar: the Federal Reserve Open Market Committee (FOMC).

As of the writing of this article, two members of the committee had recently resigned due to active trading. (We won’t dwell here on why a member of the world’s most powerful setter of the interest rates that drive asset prices shouldn’t be actively trading). But, prior to the resignations, among the committee’s eleven members listed on Wikipedia, only three were female. Moreover, only one member of the board is not white (in this case, Raphael W. Bostic, who is the first African-American and first openy gay person to lead a regional Federal Reserve bank). No member of the board is below the age of 50.

In contrast, Bitcoin knows no gender, race or age. The monetary policy is 100% transparent and algorithmic. Literally anyone can use the network without censorship. (Although the network is surveilled and is a favorite tool of law enforcement).

Whether it only displaces gold or whether it reaches its potential and displaces ever-inflating and misery-inducing fiat currencies, bitcoin will be a huge improvement over what came before, and it’s as ESG as can be. While no monetary system is perfect, Bitcoin appears to be a major ESG improvement on the existing system.

Indeed, it is likely the most ESG-friendly investment in my clients’ portfolios.

The opinions expressed in this article are those of the author and no one else. This is a guest post by Andy Edstrom. Opinions expressed are entirely his own and do not necessarily reflect those of BTC Inc or Bitcoin Magazine.

Work From Home And Get Paid In Bitcoin

Good Writing Is Critical To Bitcoin