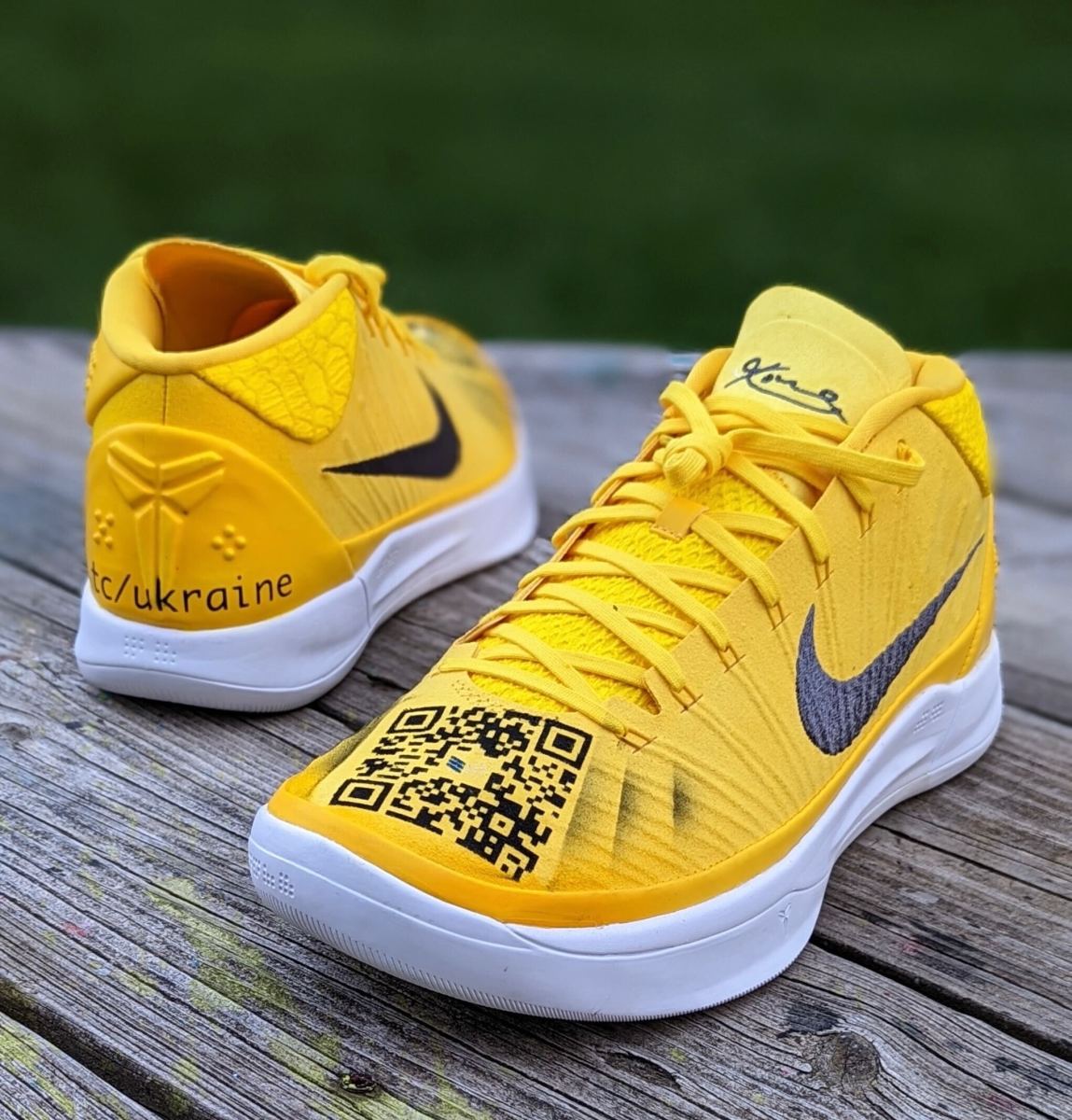 Two Ukrainian NBA stars have partnered with Bitcoin Magazine to help support Ukraine humanitarian relief efforts by enabling anyone to donate bitcoin via simply scanning a QR code on the front of the player’s shoe.

Svi Mykhailiuk of the Toronto Raptors and Alex Len from the Sacramento Kings collaborated with the Ukrainian branch of Bitcoin Magazine to support this bitcoin-based fundraising campaign. The NBA stars will wear a customized pair of sneakers from Nike emblazoned with the world’s first “Shoe-R” code, a bitcoin wallet address in QR code format.

“The world is united in support of people whose lives have been torn apart by the invasion of Ukraine, and we’re determined to do our bit by making it easy for anyone to donate to humanitarian relief efforts,” said Mike Germano, Publisher of Bitcoin Magazine.“ The conflict in Ukraine is the first truly modern war, where information, fake news and censorship are every bit as important as kinetic weapons.”

Those looking to donate court-side would simply need to scan the shoes of one of the players mentioned above. If you find yourself seated a little far away to scan a professional athlete’s shoes then you can visit b.tc/Ukraine and donate in bitcoin or a range of other other major currencies.

“Bitcoin is an incredibly powerful weapon against financial censorship, whether it’s an authoritarian regime shutting down NGO bank accounts – or Trudeau doing the same to supporters of the ‘trucker protests,’” Germano added.

“What’s happening in our homeland is a tragedy, but we are heartened by the incredible support and generosity shown by people across the world,” said Mykhailiuk and Len in a joint-statement for the release.

“We’re bitcoiners ourselves, so we know Bitcoin is the most effective way of sending money instantly to those that need it; quickly, with minimal cost, and immune to censorship by local authorities. Every satoshi will go to help our friends, families and neighbors – and of course the aid agencies and charities whose help is beyond price,” they added.

Mykhailiuk will be showcasing his “Shoe-R code” sneakers at the Raptors’ first playoff game versus Philadelphia 76ers at Wells Fargo Center, Philadelphia PA today at 6PM EST. All proceeds will be donated to Len-D A Hand, a non-profit foundation that is leading the way in providing humanitarian assistance to refugees and others affected by the war in Ukraine.

It’s Not Too Late To Be a Crypto Billionaire

How To Whirlpool Bitcoin On Mobile