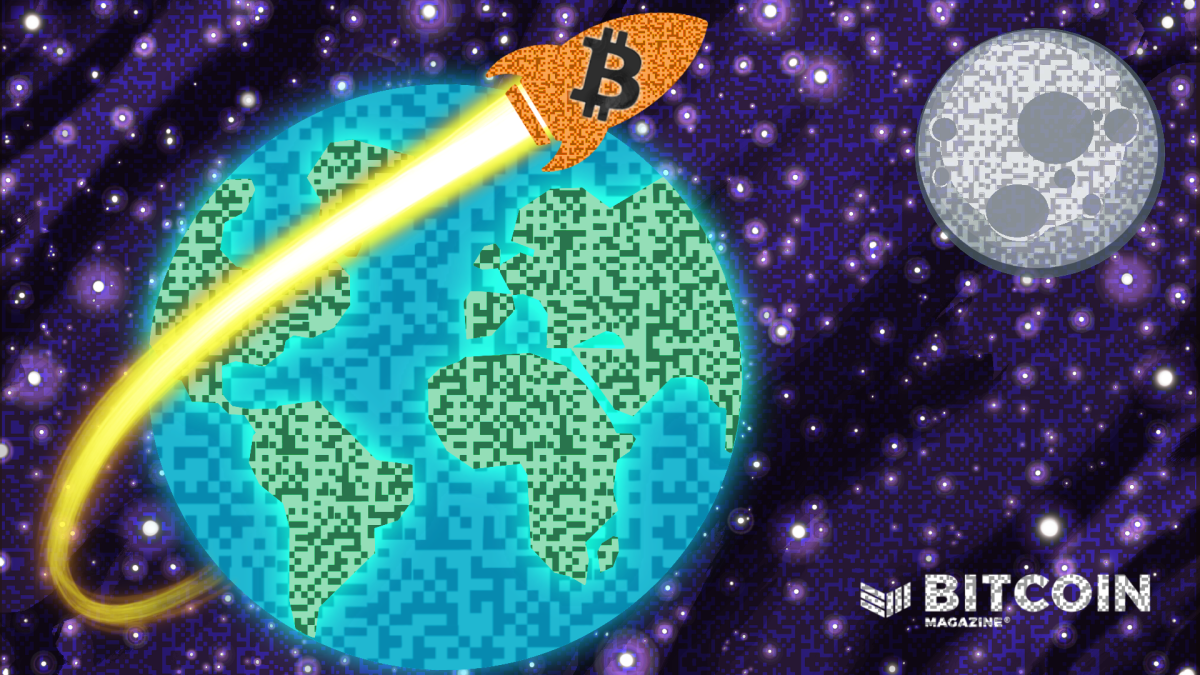 Was 2021 a good year? Depends, as most things do, on perspective. As I sat writing the first line of this article, I asked myself this question. Now, this article might sound harsh at times, and I just ask that you stick with me. There’s a method to my madness.

As we progress through the months of this year, keep in mind that I could not address every event that happened, and each event spoken to is purposefully chosen to illustrate a larger narrative.

To describe this year, I’m met with the conflict of state failure and burdening regulations stifling societal livelihoods and businesses, but also with the substantial growth and prosperity I’ve personally experienced, as well as the enduring betterment of and growth of Bitcoiners, and let’s not forget, Bitcoin itself. So, how best can we answer this question of whether or not this was a good year? Let’s take a review.

January 6, to be precise. The attack on the capitol (call it what you want, that’s not the point) was a culmination of a bull-headed figure dead-set on his reelection, a disenfranchised society, polarity at its most extreme, misinformation, and a myriad of other factors. Why is this relevant to Bitcoin?

The President of the United States was censored and removed from Twitter and Facebook. I’ll refrain from being political here. Absent opinion of Trump, this was a clear message from Big Tech that they are the ones in control. They control, and allow the dispersion of information, and misinformation.

Bitcoin doesn’t allow that sort of centralized control, and we started the year off being reminded just how not in control we really are of our current system.

February seemed to have better connotations looming about. Elon publicly got excited about Bitcoin towards the end of January, and into February, then saying he was “late to the party,” but that he was a supporter.

And of course, the Bitcoin community got excited. But then the Dogecoin tweets started, and suddenly there were people all throughout the community trying to figure out if he was serious, as his interest seemed to affect short-term price action with his massive Tesla buy and their acceptance of bitcoin as a payment. This started us down a dangerous road of influencers.

The good news is pouring in, Tesla is up big on their investment, Saylor is putting out his usual updates of purchases, bitcoin is mooning! Eventually we broke the $60,000 mark! WOOO!!!! Where is all of this good news heading?

While the state begins to open their eyes, Coinbase goes public. A cryptocurrency exchange is suddenly in everyone’s ear. Will the listing affect price action, the young Bitcoiner asks? But, how now shall the government regulate this, and what are these ICOs that are popping about?

Turkey panics over its failing currency and institutes a ban on crypto on its Official Gazette to take place at the end of April. We enter May with a crisp $53,000 value on bitcoin. Nation-states are taking notice, and whispers begin to fill the air.

But it didn’t stop there. A meltdown instigated by one of the many “influencers” of bitcoin sent Musk on a DOGE shilling tirade, further dampening the support previously made.

China came out and warned investors they would have no protection in crypto markets.

May 20, and suddenly we are back to $37,000. The fighting continued, Bitcoin “toxic maximalism” became the forefront of the discussion as others witnessed the attack on Musk from the sidelines.

June And Jack And El Salvador

Bitcoin Conference 2021! People had a blast (so I’m told). Jack Dorsey, CEO of Twitter is interviewed and gives great insight into Bitcoin, and now Twitter is becoming a much larger part of the conversation. Suddenly, laser eyes are popping up all over the place (profile pictures on Twitter with red laser eyes), and everyone takes particular notice when Nayib Bukele, the President of El Salvador, dons laser eyes.

The President of El Salvador announces he will be making bitcoin legal tender. Within 90 days, it is accomplished. Now, I want to take a short minute on this one.

I want to start by saying that I personally attended the Twitter Space when President Bukele passed the legislation to make bitcoin legal tender, and I had the great experience of hearing their chamber erupt with cheers. Twitter, Spaces, Jack Dorsey, and Jack Mallers, all had a hand in changing the world that night. This cannot be understated. The world has become widely more accessible, in a way that allows anyone willing to attend a historic event for the people of El Salvador.

But that’s not all that happened in June. China returned to tell banks and payment platforms to stop facilitating crypto transactions and issued a mining ban. The great mining migration began and the hashrate plummeted overnight.

The hype from El Salvador didn’t cause the momentum push Bitcoiners were desperately hoping for. For all that talk of low time preference, patience was running thin. The hype needed to return. Interviews with a political leader of Tonga on Bitcoin were had. An Argentinian bill to pay people in bitcoin was introduced. Suddenly, we fall below $30,000 for a short time, the support level is taken back and maintained, and a slow reversal begins. The space quickly becomes aggressive and defensive.

I mention this need and focus on price action for one reason. The narrative of hyperbitcoinization has left the tips of many tongues in the Bitcoin space. It’s dangerous. We must, at all times, be presently focused on low time preference. If we fail to do so, those new to the space are led to false expectations, which inevitably creates weak hands that are more damaging to adoption than anything. These narratives burn newcomers.

August: The State Strikes Back

Late on August 1, hidden within an infrastructure bill, the state seeks to attack cryptocurrency. Bitcoiners become widely political at an impressively quick rate. Soon, many are trying to figure out the legal definitions and meanings behind these impending tax regulations, and what these implications hold for those who maintain the network.

Suddenly, Bitcoin “influencers” are ramping up their politics. If you’d like to read an article about influencers in Bitcoin, see here.

It was a call-to-arms. Automatic directories where you simply needed to dial a number would send you directly to your representative to voice your discontent with the bill. It was on every Bitcoin podcast and newsletter. Anger was setting in, and for the first time it became abundantly clear that this would be a fight.

The absence of physical violence does not imply peace. This is not a peaceful revolution.

Wake Me Up When September Ends

The psychology of support/resistance levels drives people insane, and sadly Bitcoiners are rarely different in that regard. As I type this article on December 2, 2021, I have a Twitter space in the background full of people losing their minds at the $44,000 dip and trying to figure out if we will lose the support of $42,000.

I mention this because at the start of September, Bitcoiners started simping for $50,000 and for anything they could get their hands on to provide hope, like getting excited that Starbucks was accepting bitcoin in El Salvador. Being made legal tender in that country, of course this was going to happen.

We all clearly understand that bitcoin functions as a medium of exchange, but this was being shouted from the heavens and stuffed down anyone’s throat willing, or unwilling, to listen. The need for hyperbitcoinization was mounting again.

Robinhood announced a DCA (dollar cost average) product which got the same people criticizing Robinhood earlier this year for turning off the “buy” button, sharing that all over the place. The mayor of Miami stated we needed a “pro Bitcoin President” in the U.S. But I’m sure this had nothing to do with his own future ambitions.

After that, The People’s Bank of China reiterates their ban and declares participation in the financial revolution as “illegal activity.”

But, at least El Salvador started working on a volcano mine, so that was cool. We ended September at $41,000.

October Belongs To The Bulls

El Salvador onboards 3 million people with the Chivo wallet. Criticism aside, this is a notable achievement for a largely unbanked nation. With a nation of almost 6.5 million people, this is an achievement of almost half of the population. Previously, statistics floated around that in 2017, less than 30% of the total citizenry even had a bank account. Yet, almost half of them have a Chivo wallet within months.

Tesla is up $1 billion on their bitcoin investment. Square doubles their money on their investment into bitcoin. September closes over $60,000 on the month with all of this bullish news, and let’s not forget the most important thing that happened in October … I started writing for Bitcoin Magazine! That’s right, you can thank me for $60,000!

I won’t rehash what Taproot is in totality, but the link will take you to a breakdown. Simply put, Taproot allows for a greater level of security, privacy, and scalability, and it went live in November.

This resulted in greater privacy and security with a new form of digital signatures, and options within processing, as well as scalability with aggregation tools that can save the network time and effort.

Smart contracts have always been on Bitcoin, but Tapscript was an addition within Taproot that allows more flexibility within these contracts and provides attraction for developers to create. This was needed. This was necessary. This was, in my opinion, the single largest event of the year for Bitcoin, and I am not discussing any other event for this month because everything else this month was irrelevant, comparatively. November ends at $57,000.

My tone has been marginally sarcastic and mocking through some of this article, mostly because that’s my attitude towards price action. Bitcoin is the world’s greatest asset. I know this. I don’t need a price or market cap to confirm that for me. You shouldn’t need anyone to confirm that for you.

This may seem dark and dreary, and maybe it’s because I’m a fan of Edgar Allen Poe. Most of these year-end reviews will shine happy lights on many of the accomplishments of the year, as there are many. Much like technical analysis, if all we do is focus on bullish information, then we miss the larger picture. However, we are here to ask a simple question:

Yes. The protocol received a well-deserved and absolutely necessary upgrade that provides greater levels of privacy and security, and allows a clear path to further scalability.

But let’s ask a second question. Was 2021 a good year for Bitcoiners?

Yes. Because we all had to learn some hard lessons about dangerous narratives, and trusting the wrong people.