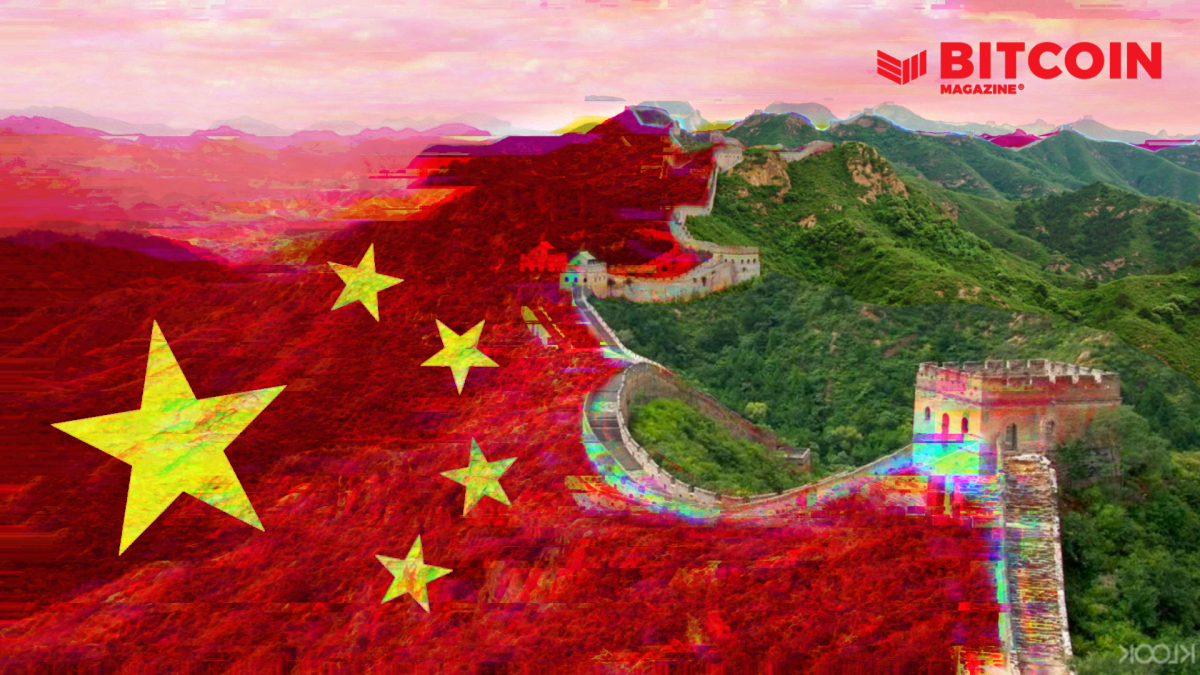 Today, news surfaced that China had issued a final and complete ban on Bitcoin. Harsh, it seems, right? Headlines of the likes of “China declares cryptocurrency transactions illegal; Bitcoin price falls” invoke a sense that not only this is big news but also that Bitcoin suffers from it. Well, despite a couple of daily red candles, both are wrong.

China has been trying to ban Bitcoin for years. The first time the Chinese government sought to prohibit the usage of bitcoin in the country took place in 2013, only a few years after Bitcoin was born. Since then, the BTC price in U.S. dollars has catapulted.

The Chinese Communist Party (CCP) hasn’t understood it yet, but Bitcoin cannot be banned. It is a fool’s errand, not only because Bitcoin is a peer-to-peer, distributed network instead of a centralized, easy-to-be-controlled one, but also because of the game-theoretic aspect of adoption. If one country bans Bitcoin but another welcomes it, capital and people will flock to where they’re treated best. The economic incentives are aligned for a country to accept Bitcoin rather than ban it.

So why did China take the other route? At the core of the answer is what is perhaps Bitcoin’s main value proposition: individual empowerment in the form of freedom and sovereignty. Unsurprisingly, two qualities that a communist regime despises. Naturally, China’s policies strictly reflect the communist regime’s ability to stay in power and exert overarching influence and control over its people. Anything and everything that threatens these abilities have been and will be suppressed.

The country’s “Great Firewall” has been preventing Chinese people from accessing a wide range of Western websites and platforms for years, including Facebook, Google, and other major tech companies. The strict censorship imposed by communist-ruled China on its people has but one mandate — restrict their access to information and enforce obedience.

Bitcoin is a tool that empowers people. The peer-to-peer network treats everyone equally, regardless of money, power, status, race, religion, or culture. It provides all those who use it with the same sound, censorship-resistant, permissionless monetary system. Bitcoin allows people to store and transact sound money with anyone, anywhere, at any time. Ultimately, Bitcoin enables individual freedom — something communism is far from being fond of.

The news that China has banned Bitcoin shouldn’t — and won’t — hurt the currency, the same way that similar bans to Facebook or Google didn’t hurt them. If anything, it strengthens it. If Bitcoin weren’t suitable to be used as a currency, either as a store of value or a medium of exchange, no government would be going through the trouble to ban it. The fact that China has been taking such severe measures to try and stop Bitcoin and bitcoin mining showcases how powerful this technology is and how scared the CCP is of its potential.

Bitcoin is a tool to fight oppression, and in being so, represents a threat to all governments that seek a high level of control over their citizens. The open-source technology has the potential to dismantle monetary colonialism, unfair policies and restore world peace. By empowering people to reclaim their rights and freedom, Bitcoin is the worst nightmare of all totalitarian governments. It’s no surprise that China has been trying to ban it for so long. But too bad for them; it won’t be this time that they will succeed, Bitcoin will live on.