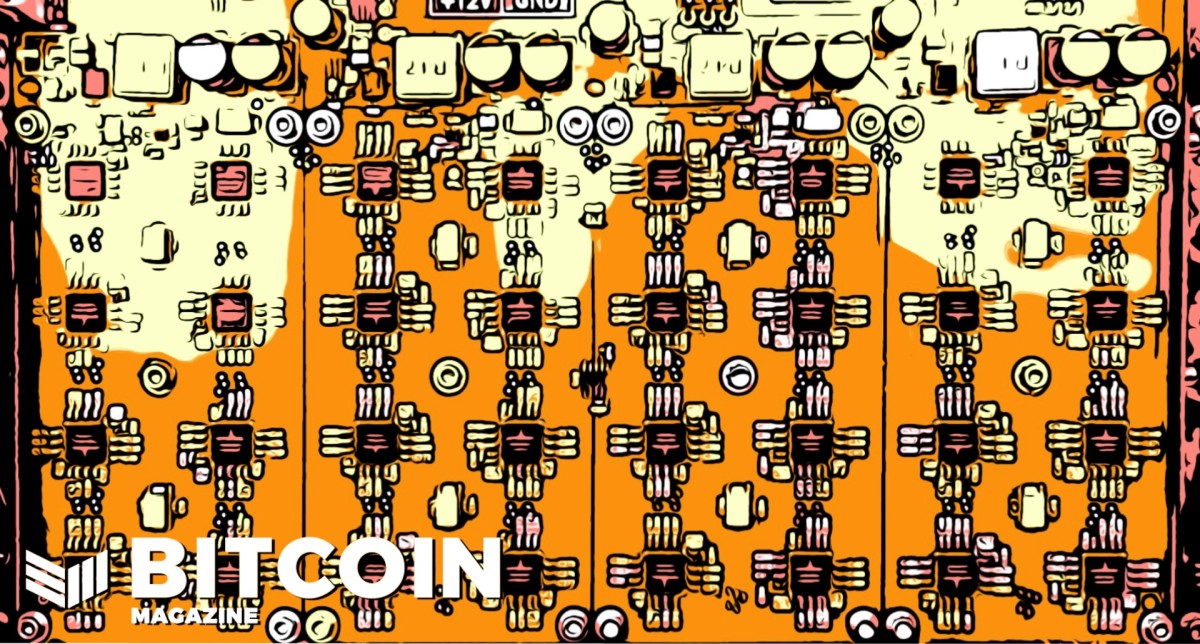 Without a steady supply of new chips, our economies would grind to a halt. To get an idea of how important chips are: MOSFETs, semiconductor components of all modern chips, are the most frequently manufactured device in history. It’s increasingly harder to find a modern electronic device that doesn’t contain any chip, as I personally found out the hard way when my toaster broke down because it needed its circuitry replaced. So when we’re talking chip shortage, it’s not just computers and cellphones – it’s almost everything around us that runs on electricity.

A supply chain crisis pertaining to the chip industry is a grave problem. How did we get here?

As the shortages and price hikes permeate more and more industries, we seem to always be given an explanation that touches on the special circumstances of the given field, without addressing the elephant in the room: the basic economic fact behind chronic shortages and rising inflation is that money printing isn’t a substitute for manufacturing real goods.

Whether through real health risks or political power plays, the fact is that manufacturing companies, seaports, and blue-collar workers everywhere have been repeatedly prevented from doing their jobs in the past 20 months, which has resulted in less stuff being made and shipped. To make matters even worse, consumer spending has been ramped up by money printing and cheap debt.

To get an idea about the supply and demand gap, consider the following chart. It maps U.S. payroll data and retail sales – which have always been highly correlated – revealing a major split in the metrics over the last year.

Wondering how it is possible for retail sales to skyrocket while payrolls collapsed? The rate of indebtedness and money printing have increased a lot since the beginning of 2020:

These charts show that we have now entered uncertain territory where the official economic policy seems to be to completely ignore the laws of supply and demand. But what seemed to work in the first few months of 2020 is biting us in the bottom fast: when more money chases fewer goods, we will inevitably see high prices and missed deliveries.

Combine the ignorant economic policy with the innate inability to quickly scale up production in the highly-specialized and capital-intensive chip industry, and you have a shortage on your hands that won’t be resolved any time soon. This is because the interest rates will probably stay near zero for the foreseeable future in fears of widespread bankruptcy, so the demand will stay artificially high, while manufacturers will remain burdened by mandatory Covid-19 policies that limit their manufacturing capacity.

Even though we live in an inflationary environment, the massive productivity growths in the consumer electronics industry always made our computers, phones and gadgets cheaper and/or more capable over the years. This effect may have come to a halt now, at least temporarily. In the following chart, we can see that since the end of 2020, the producer price index (PPI) for semiconductor manufacturers began to rise.

Rising prices and prolonged delivery times are causing trouble across all industries. Here are just a few examples:

Most industries are expecting shortages to last for the better part of 2022, and probably well into 2023. But things could get worse if something were to happen to TSMC, the world’s largest semiconductor manufacturer,which is based in Taiwan. The biggest risk there is China taking over Taiwan following successful assimilation of Hong Kong, and with China-Taiwan tensions being at their worst in 40 years this risk isn’t to be taken lightly.

The Impact On Bitcoin

In the Bitcoin industry, the effects are magnified by the price hitting all-time highs twice this year, with a strong growth in demand for anything Bitcoin-related, be it ASICs, full nodes or hardware wallets.

ASIC miners have been in short supply for some time now, with prominent Bitcoiners already commenting on this issue in early 2021:

The Chinese crackdown on domestic mining back in June may have eased the shortage for the foreseeable future, since a lot of ASICs are changing their owners on the secondary market. Moreover, a true ASIC shortage would not endanger the Bitcoin network’s security in any way, because a fall in hash rate would simply lead to a mining difficulty adjustment. The blocks would still keep on ticking on a ten-minute schedule.

Popular Bitcoin full-stack solutions such as Umbrel are starting to be impacted, mostly indirectly through the Raspberry Pi shortage, as that is the hardware these solutions usually rely on.

This could somewhat slow down Bitcoin adoption around the world, though Bitcoin full nodes and other Bitcoin-related software such as Lightning node implementations or BTCPay Server can be run on a laptop as well.

Hardware wallets might be the most impacted sector in the foreseeable future, as wallet manufacturers do not wield the negotiating power of smartphone companies and there is no good substitute for consumer-friendly bitcoin cold storage. Sure, experts can build their own Trezor or create a safe environment using air-gapped laptop running Linux, but such an approach isn’t viable for most people that just want to do the right thing and withdraw their coins from an exchange. To satisfy all the demand and prevent stocks from running empty, we can expect backorders and moderate price increases in this industry in the coming months.

Fiat money is the greatest illusion of today. It seduces us with the lure of getting something for nothing; of consumption without production. We need to wake up from this collective hallucination before it’s too late to repair our economies. Bitcoin is the wake up call – with sufficient bitcoin adoption, the information superhighway that is the undisturbed price system will work again, and the problem of chronic shortages will be consigned to history.

This is a guest post by Josef Tětek. Opinions expressed are entirely their own and do not necessarily reflect those of BTC, Inc. or Bitcoin Magazine.

Social Sentiment And The Bitcoin Price