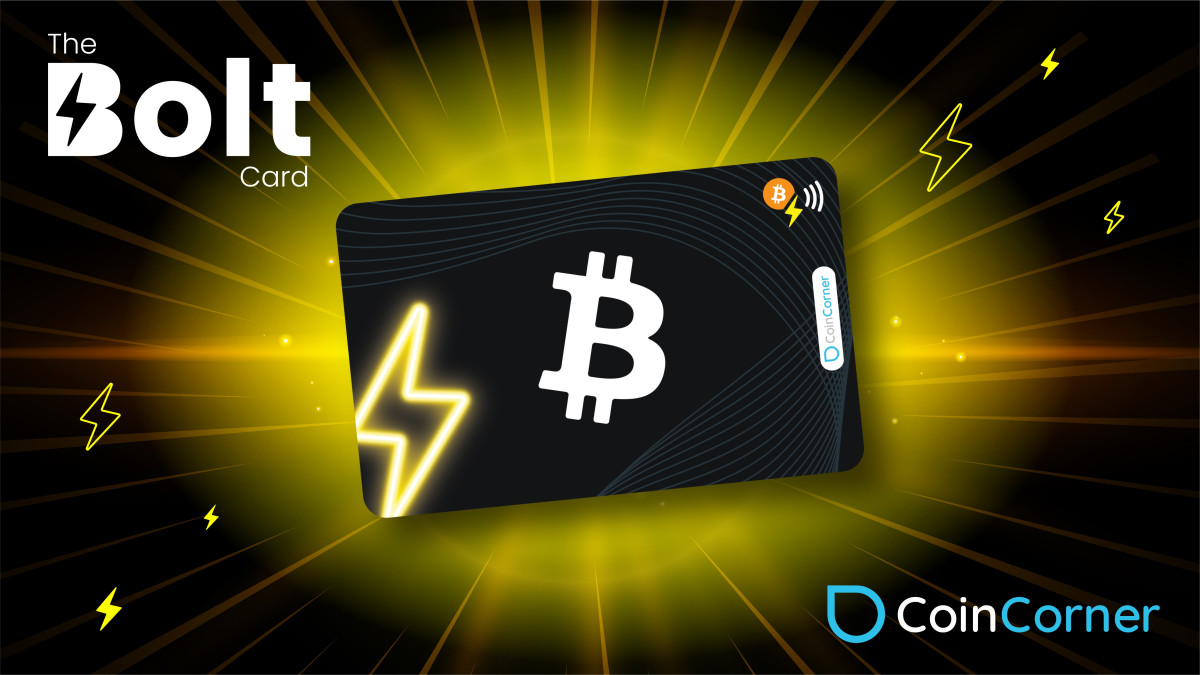 CoinCorner, a leader in bitcoin and Lightning Network services, has announced The Bolt Card – a contactless, near-field-communication (NFC) card powered by Lightning – via a press release sent to Bitcoin Magazine.

The Bolt Card allows users to simply tap any Lightning-enabled point-of-sale (POS) creating an almost instantaneous transaction processed through the Lightning Network in seconds. The legacy payment infrastructure system plays no role in any of the processing. The process is similar to the tap function of a Visa or Mastercard, without the settlement delays, processing fees, or centralized entities.

“Making in-person payments with Bitcoin and Lightning is still not as efficient and user-friendly as we need it to be for the mass audience. It still involves unlocking a phone, opening an app, scanning a QR code and then making the transaction,” said CoinCorner CEO, Danny Scott.

“This is a backwards step when it comes to user experience in comparison to what we’re used to today for in-person payments,” Scott continued.

At launch, The Bolt Card is compatible with Lightning and LNURL protocols while supporting CoinCorner and BTCPay Server gateways and will soon be compatible with IBEX Mercado, LNBits, and FastBitcoins.

“Innovation to drive Bitcoin adoption is what we do at CoinCorner. We’re building real products for the real world and yes, we mean the world – all 7.7 billion of us,” Scott explained. “We have more big plans ahead, so keep watching throughout 2022, the beginning of the future is here – bring on hyperbitcoinization!”