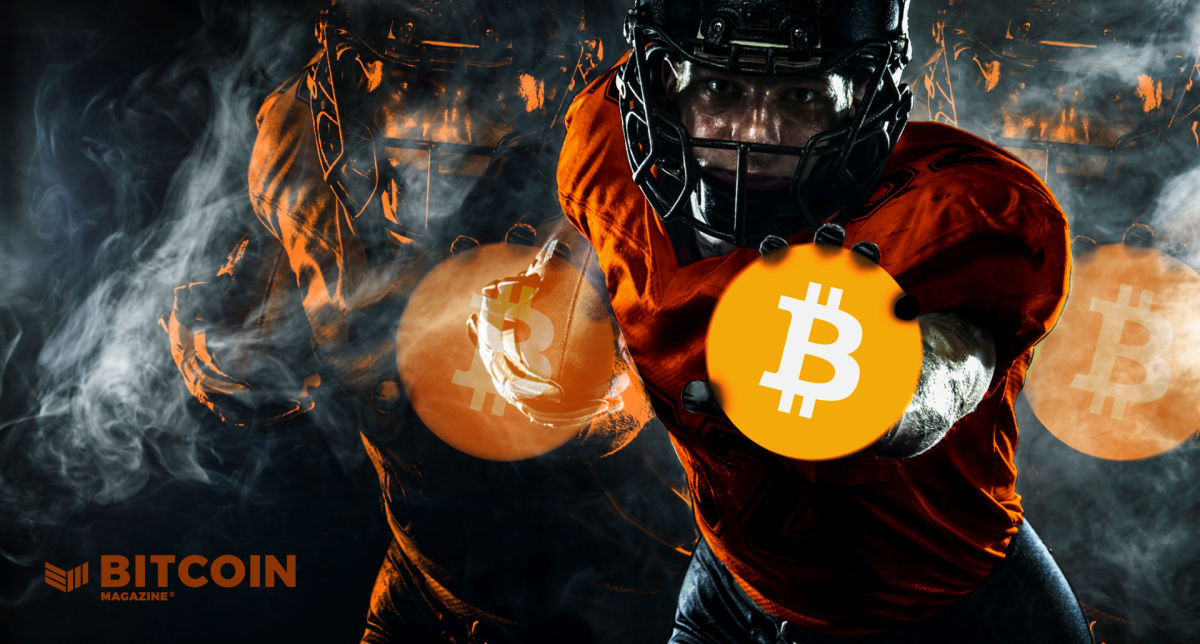 Bitcoin went mainstream in the latest Super Bowl, both on and off the field as a Bitcoiner caught the first touchdown pass of the game, many ads referenced the peer-to-peer currency and the game was held in a stadium sponsored by a provider of bitcoin trading services.

The Los Angeles Rams wide receiver who last year decided to take his full salary in bitcoin, Odell Beckham Jr., caught a 17-yard strike from Matthew Stafford on third and three for the score – his first catch of the night that also ended up being his team’s first touchdown in its victorious Super Bowl LVI match.

“This is everything I’ve ever dreamed of, you know,” Beckham told CBS Sports. “And there was a moment I was in the back room and they told me I was done, I couldn’t play. And I had to come back out there and be a part of this because it’s so much bigger than myself. And these boys pulled through and made it happen.”

Canadian superstar rapper Drake placed a million-dollar series of bets on the success of Beckham Jr. and his team in advance of the Super Bowl and turned out victorious in two out of his three bets. The rapper took over $1 million in profit in bitcoin after betting that the wide receiver would lead his team to victory with at least 62.5 receiving yards and over 0.5 anytime touchdowns.

Off the field, Bitcoin also marked its presence in one of the flagship U.S. sports events of the year as millions of fans watched the commercials in between plays. Super Bowl ads are commonly leveraged as a unique opportunity to introduce a topic into the mainstream as millions gather to watch the championship match of one of the most traditional sports in American culture.

The premier ads, which this year cost as much as $7 million for a 30-second slot, featured four Bitcoin-related commercials from prominent cryptocurrency exchanges as many mixed different ad strategies with free BTC.

Cryptocurrency exchange FTX premiered comedian Larry David missing out on a slew of past innovations in human history by making fun of the new developments while referencing back to well-established but outdated solutions. David finished by disregarding cryptocurrency and FTX itself. The exchange also gave bitcoin away after its ad to four lucky winners.

Crypto.com also went with a celebrity, featuring NBA star Lebron James traveling back in time to talk with his younger self. The young James asks for tips from the future while present-day James refrained from answering, saying, “If you want to make history, you’ve got to call your own shots.”

Social trading platform for stocks and cryptocurrencies eToro also got in on the action with an advertisement called “Flying Your Way” that featured a flock of traders recruiting newcomers.

On the other hand, Coinbase opted for a more minimalist approach. The unconventional ad showcased a bouncing QR code that resembled an old DVD logo for 60 seconds and turned out to be quite successful as Coinbase’s platform saw “more traffic than ever.” However, that much buzz led to the platform crashing as those who scanned the code were promised free bitcoin. The largest U.S. exchange’s commercial was awarded as the best ad in the Super Bowl by some marketing specialists due to its simplicity and effectiveness. Notably, the ad also referenced an episode of TV show “The Office” in which the DVD logo on Michael Scott’s TV perfectly touches the corner.

The arena that hosted Super Bowl LVI also has ties to Bitcoin. Financial services platform SoFi Technologies, title sponsor of the stadium in Los Angeles where the Rams played against the Cincinnati Bengals, provides cryptocurrency trading services in the U.S. and is headed by a chief executive who holds bitcoin himself.

“We’re invested in cryptocurrency — we own Bitcoin,” SoFi CEO Anthony Noto said Monday. “If you don’t innovate, and you don’t use cryptocurrency as a technology platform, you’ll get left behind.”

In between the game’s first and second halves, SoFi Stadium also hosted the infamous Super Bowl halftime show. This year, the panel of performers featured rapper superstars Eminem, Dr. Dre, Snoop Dogg, Mary J. Blige and Kendrick Lamar. And 50 Cent, who was paid in bitcoin for a 2014 album, also appeared in the performance. Despite having received BTC as payment, however, the rapper instantly converted it to U.S. dollars at the time. He might have made a different choice then if he’d have known the Bitcoin Bowl was coming in 2022.