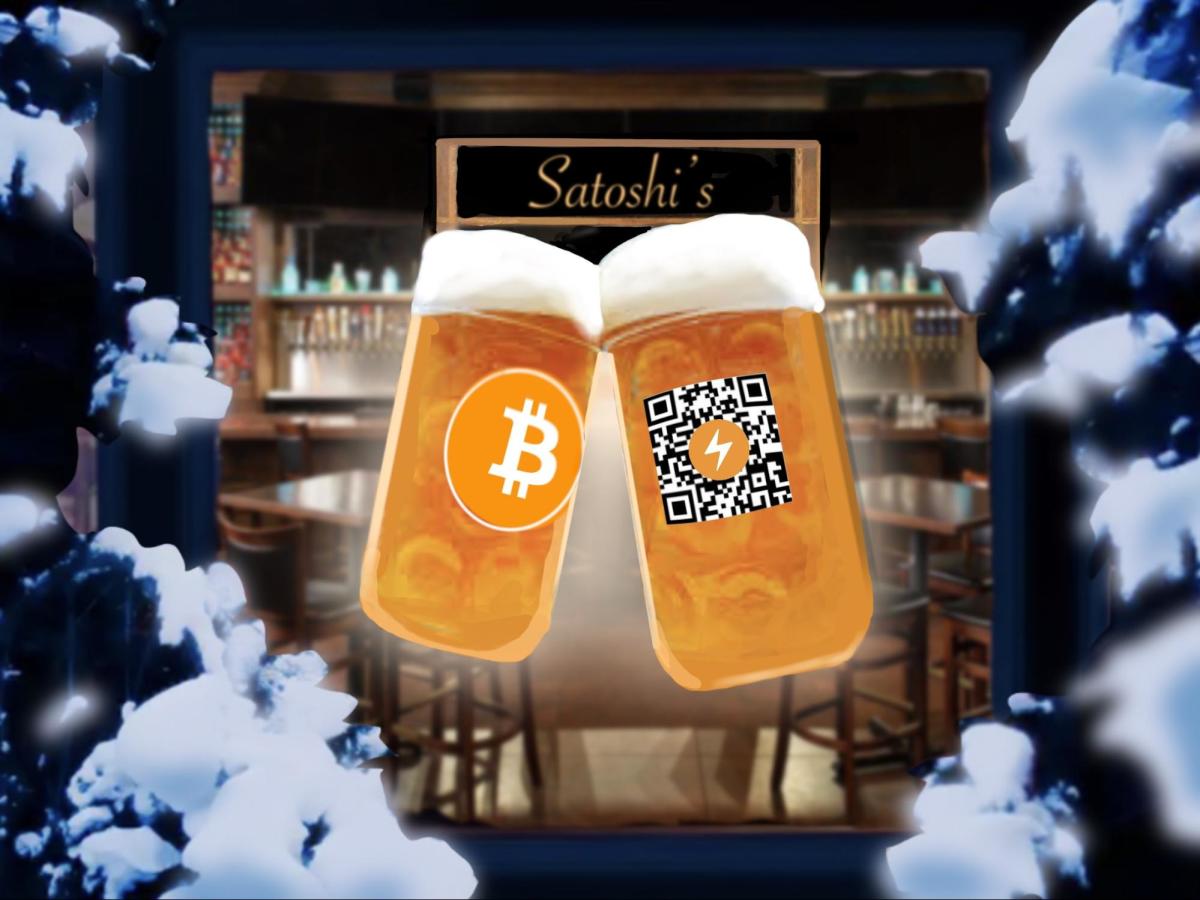 On a snowy evening in a bar near Denver, Colorado, 10 Bitcoiners got together to change the way businesses view Bitcoin and how they can attract a “new” type of customer. This event was put together by CryptoBeerKings (CBK), Bitcoin event planner and consultant, with a goal of showing a proof of concept to new merchants in accepting bitcoin on-chain and Lightning Network (LN) transactions as another form of payment. How easy and seamless can the process be for a business to accept this new form of payment? Let’s find out!

The brewery that hosted the event does not at the moment accept BTC or LN payments, nor did they know much about Bitcoin, but they were willing to allow this experiment. In order to set up this event, CBK arrived 30 minutes early to set up a BTCPay Server that would act like a merchant payment processor at the microbrewery. In doing so, a webpage on CBK’s laptop was created to act as a point-of-sale (PoS) store, and their beers on tap were listed. It was a basic webpage that any business can incorporate into their existing website if they choose to accept bitcoin as payment.

A QR code was created on screen, just as so many breweries and restaurants do now, that would take customers to the PoS store, where they could make their selection. Once a selection was made, the beer was added to cart, and with the simple click of the “Pay” button, a QR Code would appear giving the thirsty Bitcoiner a choice of paying on-chain in bitcoin or via Lightning. Just like that, in a few seconds, gatherers at the event were using Strike, Breez, Muun, Zeus or Blue Wallet to make their first LN beer purchase!

I even went so far as to take a photo of the setup with a beer and the QR event card. I posted it to one of a few LN groups I’m involved with, just to show how pumped I was about this event coming together. A friend was able to scan the QR code from the picture to the PoS store and bought me beer, from a timezone away! That is the power of this technology. One attendee of the event called bitcoin “five-dimensional money” and my friend proved it.

My fellow Bitcoiners gave me great feedback without prompting. Some discovered a new brewery, while others got to experience transacting in bitcoin or Lightning easily and seamlessly. This wasn’t the case just a couple of years ago, because the tech was still being developed for both merchants and customers. Most Bitcoiners have only heard of BTCPay Server through podcasts or reading about it, but I was able to introduce some new people to BTCPay Server, how it works, the setup, etc.

This is what it was designed for — to act as a payment processor for merchants who wish to eliminate fees from middle men, bring in new customers and use 21st-century technology in their business. Too often we see bitcoin as mainly a store of value, and this event served as a bridge between a merchant unfamiliar with bitcoin and Bitcoiners who never would have appeared that cold snowy evening at this microbrewery. Overall, this new system will improve both customer and merchant experiences which will lead to continued adoption worldwide.

Reflecting on the event after the adrenaline came down, I realized I’m ready for the next experiment. This project took over a year and included quite a learning curve. The hard work, community support and questions got me to this point. A successful event where everyone paid via LN that didn’t feel hacky or gimmicky. Bitcoin and LN development are improving every day, and the user base is growing by the millions. In-person events will happen more often and both merchants and Bitcoiners will benefit. This will not be the last event, CryptoBeerKings will be reaching out to more breweries and with the support of the Denver Bitcoiners, we will keep adding more people to the Bitcoin lifeboat!

So, on the same day the IMF pressured El Salvador to remove bitcoin as a legal tender, 10 Bitcoiners got together in a bar near Denver, on a snowy night, to raise a toast to conducting transactions in sats and to tell the IMF, “go pound sand.”

This is a guest post by Anthony Feliciano. Opinions expressed are entirely their own and do not necessarily reflect those of BTC Inc or Bitcoin Magazine.