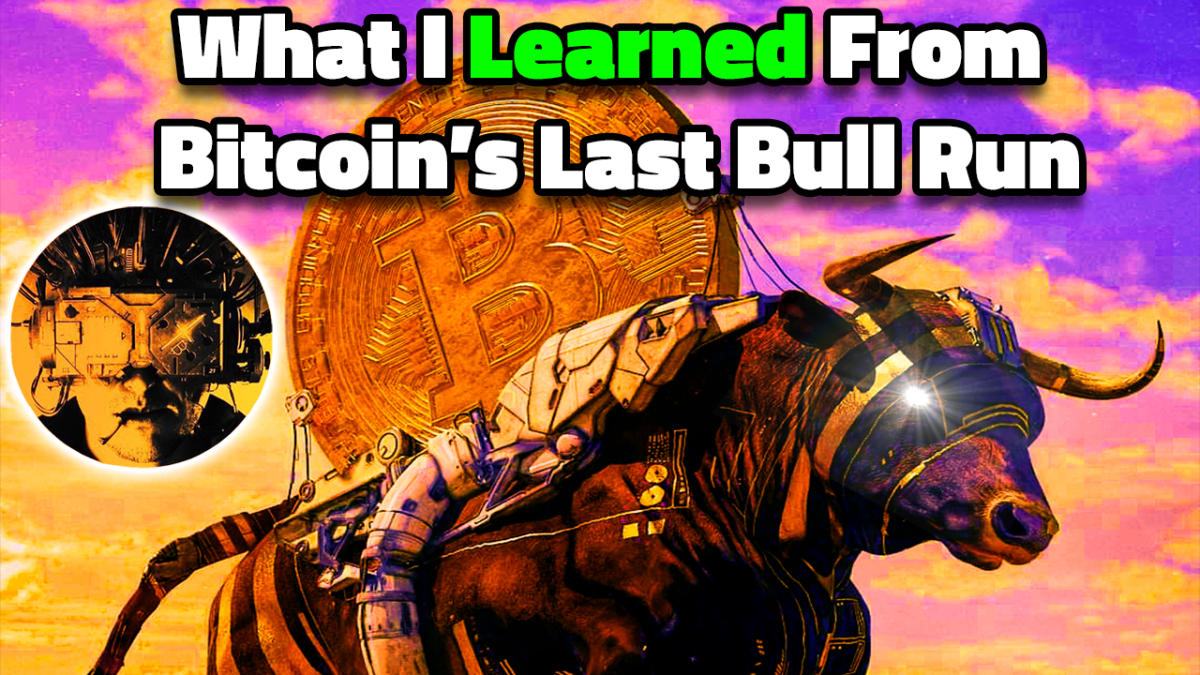 Something about the way Bitcoin Magazine’s Nick W. described the previous bitcoin price bull run instilled a sense of peaceful confidence in me.

His emphasis on self-reflection in order to learn about the future was a great perspective that I had not yet heard on the show. Along with discussing his previous experience in the bitcoin market, we touched on his fantasy football gateway into being orange pilled, how his previous creative work has helped with work he’s done for Bitcoin Magazine, his expectations for the future and much more. Be sure to check out this magnificent conversation with one of the smartest people in the industry in both podcast form and written form below.

How were you first introduced to Bitcoin?

My first touchpoint with Bitcoin came in 2014. I was working on a web design project, and it was brought up in a group chat amongst myself and a few developers.

I had just won a few thousand bucks from DFS sports betting (DraftKings, FanDuel) and was looking to roll those gains into something more significant. I still have screenshots of that chat. It is pretty rough to look back on that discussion today, because with the benefit of hindsight I can see the enormous opportunity cost that came as a result of me not digging in, and doing the homework to understand what Bitcoin is. And of course, I sold a few months later.

I returned again during the 2017 cycle, still not learning my lesson. I chased multiple altcoins, ICOs and participated in all the ridiculous hype. Thank god the bubble popped a year or so later. I’m not sure I would have learned my lesson otherwise. Having that multi-year bear market was an incredible opportunity to learn what I had just been a part of. The key part for anyone who goes through this is that they must have the curiosity to learn.

Curiosity is what fuels the education process. So, you have to want to know the answers to the questions: What did I just witness? Has this happened before? Why does bitcoin always seem to outlast others? What’s with these maximalists, and why are they so adamant about Bitcoin only?

What’s the primary “life lesson” that you have learned from your time in bitcoin?

Don’t trust, verify. Bitcoin has a way of requiring you to investigate the root causes of what’s happening in the world around you. Understanding Bitcoin requires an approach from first-principles thinking. It forces you to challenge your assumptions, and to seek out and verify information on your own.

One of my favorite quotes that I’ve come across recently is from biologist and writer, E.O. Wilson, where he states, “The real problem of humanity is the following: we have paleolithic emotions, medieval institutions, and god-like technology.”

I think we’ve reached a critical point where our paleolithic brains have not evolved enough to process the world around us. With the ubiquity of the internet, the sheer volume of information is too much for us to process. We’re bogged down with noise surrounding us everywhere, and so much of our lives are plugged into these dopamine-dripping machines. Our cell phones, cable TV, social media, etc.

I remember reading a piece a few years back that broke down the habit-forming loops built into these systems, designed with similar principles to slot machines. Pulling levers, and refreshing our feed in hopes of finding that next dopamine hit. All built with the intention to hijack our attention for as long as possible, and extract consumer data and profits for those on the other end.

For me, discovering Bitcoin was a way to clear away a lot of that noise, and focus on signal. Finding what is true and honing in on it. Digging through the incentive structures of systems that govern our everyday lives and finding that many of these systems are corrupted, and likely irreparable.

How has your professional creative experience contributed to the work you’ve done so far at BTC Inc/Bitcoin Magazine?

It definitely has. Startups and small agencies gave me a front row seat for the constant iteration processes necessary for building something new. In addition, it was extremely beneficial for me to be part of an agency where our role was essentially to build out an online presence for other businesses.

Not only did this give me the opportunity to learn how a lot of other businesses work, but because the company was small, I had to wear many hats. At college and in my first job, I learned design principles and how to use the different creative tools. At my next job, I spent over five years adding to my tool belt. Marketing, designing, building for web, even things as small as writing ad copy for design work has benefitted to some degree today. It forced me to be somewhat of a Swiss army knife. I can do a lot of things decently, and I think that having that generalist knowledge allowed me to visualize how a digital product could be built.

It helps to be able to build a rough sketch of the tech stack needed for a project, i.e., what programs, plug ins, SaaS, content and branding is needed and how can it be packaged together into a working system or product.

My aim is to build web-based systems that help achieve these things. And in doing so, hopefully create products that help others to build a positive habit loops. I see my current role having three main tenets: one, reduce friction (for user acquisition), two, separate signal from noise, three, educate newcomers.

If I had to choose something today, I think the idea of having a decentralized identity with something like Lightning is incredibly important. This would be the ideal foundation for a Web 3 infrastructure, instead of logging in with Google, or Facebook accounts, which already have massive compilations of data making up your digital footprint. They know more about you than you know about yourself at this point.

I think having anonymous credentials to log in across the web is a massive step in deconstructing these webs of metadata that have been architected about us. Removing this part of yourself from the web is one of the first steps in fixing the incentive structures that currently exist, where all that matters is hijacking your attention, dragging you into a black hole of social posts, and finding the best ad to serve in hopes that you buy something.

I ascribe to the extended cycles theory for the most part. So, I think the top for this cycle comes well after 2021, and extends into 2022. I know $100,000 seems like the standard, and I know everyone loves a bullish price call, but I think we continue to grind higher throughout the year and by the end of 2021, we see the price breach $80,000.

As for the end of 2030, I think hyperbitcoinization comes before that date, so dollar pricing will be irrelevant. My price call for 2030 is 1 bitcoin = 1 bitcoin.