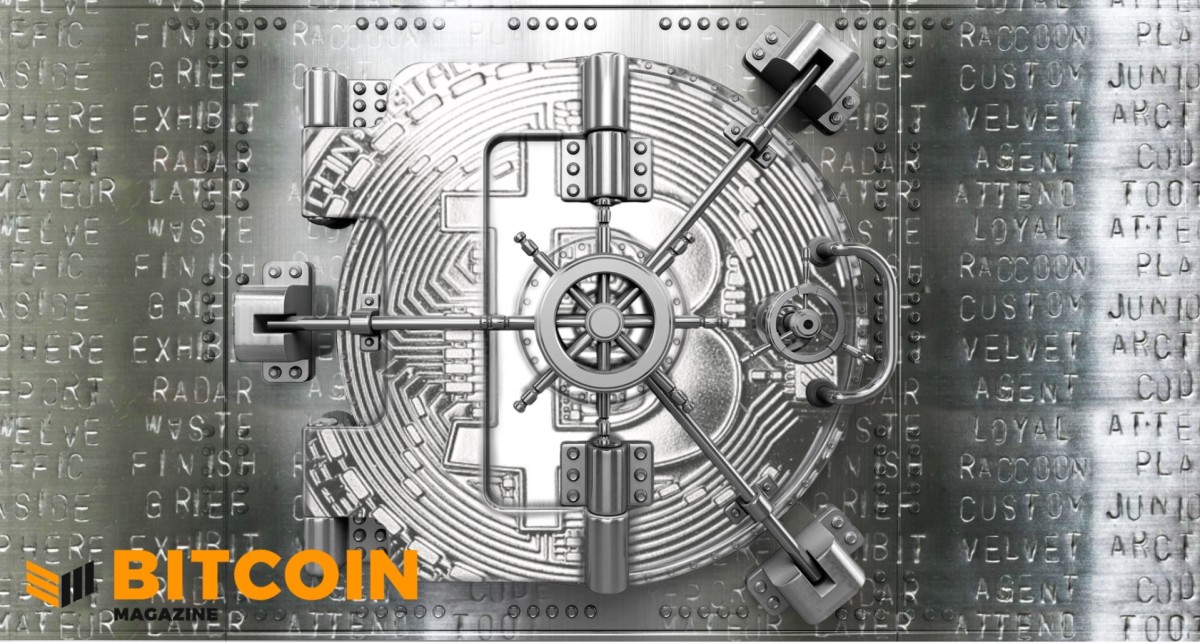 In January 2020, Bitcoin Magazine published a description of “Why Proof of Reserves is Important to Bitcoin.”

The timing was no accident – the recent anniversary of the QuadrigaCX’s implosion kept fresh in many of our minds the risks we were striving to allay, especially here in Canada.

Two years might not sound like a long time to the average person, but it’s a significant stretch of history in the world of cryptocurrencies – it’s more than one-seventh of Bitcoin’s entire existence. By looking at industry progress in terms Proof of Reserves, we can see just how much can happen in that span of time.

In that early 2020 piece, Mauricio Di Bartolomeo was joining the chorus of several voices already advocating for this opportunity to accelerate Bitcoin’s rise in legitimacy and professionalism.

Jason Tyra had written several pieces between 2014 and 2015. Steven Roose of Blockstream put forth some proposed standards in early 2019, soon advocated for by Matt ฿ on a personal blog post and Nic Carter had been banging his own drum, publishing several articles and podcast interviews on the topic, as well as using his extensive public reach to signal-boost the other advocates.

But real-world implementations were still thin on the ground, with little to show since 2014, when Kraken had sought to prove its reserves after the Mt. Gox debacle.

How exactly Proof of Reserves would emerge as a real-world phenomenon, remained to be seen.

Proof Of Reserve, No Matter The Reserve

Proof of Reserves is the extension of a rather simple observation; a service that holds a publicly validatable asset like bitcoin on behalf of clients, can choose to publish independently verifiable proof of the asset reserves in their possession.

One of the two challenges Iaid out in Bitcoin Magazine’s previous piece involved growing pressure on custodial services to lend out their assets in order to generate yield. Indeed, this practice has positively boomed in the past two years. Rather than being seen by the industry as a tempting vice to be resisted, many Bitcoiners have embraced the development and sought to earn interest on their assets.

An on-chain Proof of Reserves purist from years past might have been troubled by this trend, seeing it as an growing obstruction of the precise form of industry transparency to be desired. But the idea of verifiably-balanced assets and liabilities can be applied to more than just 100% reserve custodial models.

Indeed, in January 2021, Ledn became the first lender in the Bitcoin industry to offer Proof of Reserves as a service to its clients. By engaging with third-party accounting firm Armanino LLP, which produced an anonymized Merkle tree where each leaf represented a client balance, clients could individually verify through the third-party firm that their assets were indeed accounted for.

The case was made clear: Proof of Reserves is a viable feature for customers, no matter the reserve model.

There had already been a modest start in 2020.

In May of that year, Gate.io provided proof of 100% collateral, the end result of a months-long effort beginning with a January 1 snapshot, and by September 2020, CoinShares was offering a real-time audit with Armanino as well.

But it was in 2021 that momentum really began to build.

As mentioned above, the year started with Ledn’s implementation, and the pace accelerated as the months wore on.

August was an eventful month in particular. Not only did Ledn make good on its intention to perform Proof of Reserves every six months by publishing its second attestation, but BitMEX entered the fray as the heaviest hitter yet (as measured by assets under management).

The BitMEX Research Desk published a characteristically thorough technical breakdown of the industry state of “proof of liabilities and assets,” and immediately followed BitMEX’s own demonstration of full reserves, independently verifiable by any customer with a modest amount of technical skill.

By September, Nexo joined Ledn as the second lender to offer an attestation with Armanino, this time with a rolling real-time implementation.

In early February this year, Kraken offered proof of their bitcoin and ether holdings totalling $19 billion, ending an 8-year hiatus from their first Proof of Reserves published in 2014.

Suddenly, Proof of Reserves isn’t just a twinkle in a visionary’s eye, or even an exceptional feature provided by an industry forerunner or two.

It is becoming a feature that clients can, and should, expect.

Like Bitcoin itself, Proof of Reserves is much more than just a technological tool – it has ideological implications. It is the realization of the belief that transparency and individual verifiability is paramount, and that it need not end with self-custody.

If bitcoin is to become a global money, there will be custodians. There will be lenders. They fulfill essential roles on the road to mass adoption. Open-source wallets and specialized hardware are incredible developments for self-sovereignty and their importance should not be understated. But they will never comprise the entirety of Bitcoin’s economic activity.

Bitcoin’s openness and auditability allows its users to demand more transparency from bitcoin service providers. Instead of resigning ourselves to the risks inherent in custodial models, we can strive to standardize solutions and mitigations to alleviate those risks and ultimately help to drive faster and broader adoption.

Demanding Proof of Reserves from the services you use is one of the most powerful ways to do just that.

This is a guest post by Mario Gibney. Opinions expressed are entirely their own and do not necessarily reflect those of BTC Inc or Bitcoin Magazine.

Bitcoin The Open Money And Its Enemy