Surviving The Narrative With Bitcoin 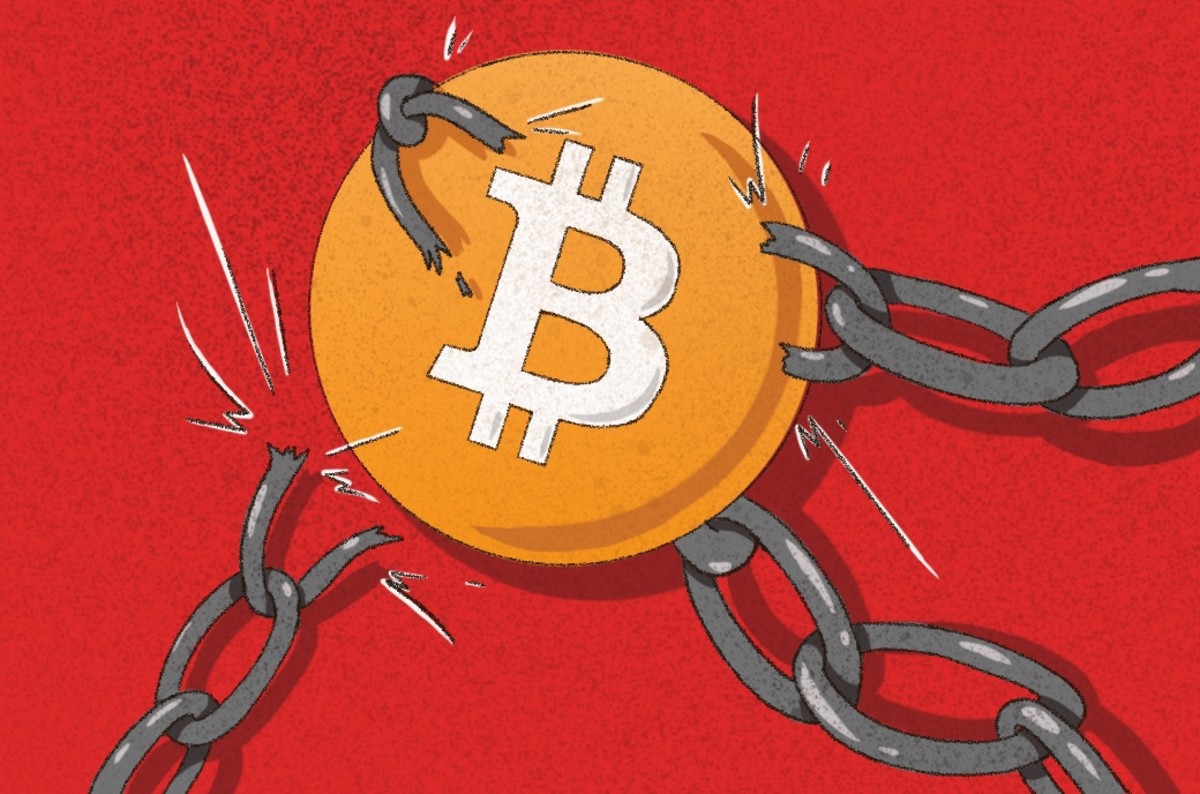 Many people today find themselves at a “now or never” moment, and many make fatalistic concessions based on manipulated information and increasingly sophisticated narratives. Info-punk in its prime is so effective and complete in 2022 that having personal opinions, based in fact, which are out of resonance with the mandated vibe is hazardous to a person.

Northcote Parkinson, a British naval historian is quoted as having said the most assuring statement in times darkest before the dawn:

“Perfection is achieved only by institutions on the point of collapse.”

This is the junction at which we all currently wait, unknowing of what is to come. Much could be theorized and logically plotted to resemble a likely series of events, or a doomsday countdown, but let’s rise above the western tropes of apocalypse and end times. Let’s be complete entities in our knowledge of the cyclical nature of reality, accepting the finality that perfection equates to exhaustion and we, admittedly far from perfect, have the infinite ability to reject that which no longer thrivingly serves our purpose.

Understanding and acceptance of the paradigm shift before us is the primary tool to wedge oneself out of stagnation; duped, spiritually and emotionally blind masses will fight to the death to save the static “normalcy” responsible for leaching the citizens’ life force in all its incarnations.

Waking up to this challenge, armed with the knowledge to construct your own personal better days and sovereign narratives is the gift that awaits all who accept the entropy of the timeline we ride.

In our current societal structure we value convenience, and the exportation of responsibility to third parties whom we essentially pay to care (or pay to make us care). This continued removal of the self further from its own personal day-to-day is exacerbated (and arguably caused) by high time preference and “easy money” (or credit/debt). The entirety of the current economic power structure is based upon, reliant on, and perpetuating ideas such as “borrow our way out of debt.”

But as we endlessly cover and dissect “the fall” and monitor the end of this rigged system, let’s start now what will culminate in secure prosperity via the reclamation of our central place in the lives of ourselves.

This starts with Bitcoin.

Bitcoin interacts with people subjectively, which is amazing considering that it is human-free autonomous in its code and functionality. That is to say, everyone can use Bitcoin in their own unique way.

Multiple use cases, various levels of asset resemblance, in a sense it’s all of them and none of them; without a traditional legacy front manned by humans, there won’t be confirmation on any level of speculation outside what the intentionally simplistic network and protocol carry out.

This is most noticeable after a person becomes familiar with holding, moving, and storing bitcoin. And this, most would say, is the “high barrier for entry” that inhibits Bitcoin. I demand that it is nonsense and nothing but an absolutely lazy lack of situational and temporal awareness. It’s that very absent default demeanor of the entire population that is both created and utilized to effectively “craft” a reality that is suggestively geared in whatever way deemed necessary.

I understand the helplessness that this situation implies. I trust that you as a reader aren’t willingly complicit in this unending sense of national falling; a never-ending stumble. And in an attempt to accept larger forces at work and sneak out a life our own, we’ve worked at conscious ignoring (an oxymoron, I get it) as was my life at its rocky pit, nothing but the falling.

Bitcoin is the answer for this.

Here’s how to start:

First, — and this is extremely important — forget everything you’ve ever read or been told which was geared toward dissuading one away from Bitcoin. This has nothing to do with competing opinions and everything to do with the prevalence of incorrect and or incomplete information. So in order to see clearly the insurance on one’s future that Bitcoin facilitates, it’s best to prepare a base of understanding.

Now, understand that bitcoin is not actually “digital coins,” that if only we could be in the network with digital hands we could grab handfuls of them. Bitcoin as a network (capital B) has the function of keeping track of wallets and the amount of bitcoin (little b) in each wallet. So it is accurate to say that Bitcoin, the network, is just a big digital scoreboard (or ledger) and the number in each wallet is the wallet’s assigned value. So when we say a wallet has bitcoin deposited, our mind sees a piggy bank and coinage going in; however, this is an inadequate metaphor for what is actually happening.

There have been many ways devised to describe Bitcoin and it’s hard to say there’s one ultimate unified explanation. A beneficial one, in terms of personal finance, is the idea that the Bitcoin network is actually more like a cyber vault. It protects the wealth you store in this vault. While your wealth is in the vault it’s stored in the form of bitcoin which has unbroken resistance to state level influence.

This threat, perceived or otherwise, is an example of what’s known as “third-party risk.” Any situation where one person must rely on control from an outside party, is one that carries that particular kind of risk. Bitcoin was struck and put into function soon after 2008’s Great Recession. Consider the amount of third-party risk that came to shoulder the global financial machinery: unparalleled.

For those whose lives are still tender from the global effects of that collapse, perhaps the viable alternative that Bitcoin offers is all the push needed. Explain that Bitcoin is a means to avoid the constant tether of obligated acceptance which rules the world to those under the aforementioned fiat thumb, and it’s nothing short of salvation.

Sadly, for the masses who’ve been carefully hypnotized into dreading needed change “an open mind is a slippery slope: And free speech? Hell, that’s what we call misinformation!’” This would have sounded satirically comical in recent years past, but it is closer to verbatim contemporary media sentiment today. No matter how biased and clearly spun the media takes their message, there will always be a contingent of believers that hold nothing more dear — life itself included. So how does one engage these resilient obelisks that might happen to be a friend or family member? After all, if you’ve studied Bitcoin enough to properly teach it, those you love will be first on the list to orange-pill (slang for helping a no-coiner come to understand Bitcoin and to acquire some).

This engagement of teacher/student will immediately and noticeably put strain on whatever the previous dynamic(s) which the pair shared. My first piece of advice here is that introductions can take many forms. Don’t expect someone to make a life-altering change at your request; by increasing exposure and direct instruction, over time, the necessary trust in an educational setting can properly develop. This may sound emotionally driven or speculative but if there is no assurance that anything but the student’s wellbeing is the foundation of intent, results will be subpar and lackluster. In all fairness subpar and lackluster will probably be the grand majority of experiences for first-time orange-pill administrators, thus a truism is helpful to remember:

Don’t gauge success on changing people’s minds; instead see victory in expert presentation of the information.

Oftentimes planting seeds in another’s mind via knowledge transfer is a low-time-preference process. The value of the given knowledge may seem downright trivial right up until it’s the key to adapting to and overcoming problems and challenges one didn’t even know existed.

Maybe you end your talk with your protégé and the blank stare given as a response is unsatisfying; remember that sharing Bitcoin isn’t about you or the student or me or any one person, but about inclusion in the network. The day will come for every no-coiner where they’ve become fed up with any number of mounting inconveniences or service issues in the banking and legacy finance circus and that’s when the orange-pill will take effect. Realizing the difference between the effort required when connecting the dots between fiat money, the webs and strings that seem to constantly shift, keeping a nebulous aspect as a matter of policy and between the alternative option of organized points fixed in a consistent, automated, third-party-free experience with Bitcoin will eventually happen.

It will finally seem clear. As it has been to the ranks of plebs, so too will no-coiners wane in number shrinking as the tightening screw of the state creates inconvenience strong enough to clear that once “high barrier” for entry. There will be a spilling over of that barrier, someday soon. The insatiable need to harvest passive tributes, or tax, from the people will continue to grab and pull down anyone ignorant to follow the fiat undertow hidden behind the Federal Reserve Board’s siren song.

Using a mythical beast as a metaphor for the hybrid entity that is the government, the Fed, the European Central Bank, and the multitudinous branches and departments that are sworn to be “essential” to the life of the global economy, is actually extremely useful in helping offer those who would like to fight back the creeping ooze of individual financial sanctions based on violations of proven wasteful mandate rules. Draining the beast of its fiat lifeblood is a huge way everyone can vote with their wallets towards individual freedom and financial sovereignty. Converting wealth into bitcoin is both a secure and morally righteous way to interact with the changing time around us.

A world without Bitcoin has very real and near threats, such as social credit systems: As we see overseas, China for instance uses leverage of the state-manipulated fiat currency and its network’s various controls to “punish” or “reward” its dissident and subservient citizens, respectively. Canceled bank cards, frozen accounts, locked apps, increased limits and more robust observation are the tools to manipulate global masses to act, to function, and to eventually even think along the path of history, into the future, exactly as those who centrally plan see fit.

Again let comparison eliminate the doubt in the usefulness or practically beneficial nature of this escape pod known as Bitcoin. State-controlled currencies are preferred by their issuing governments because the power they wield through paper currency stretches and runs and allows them to literally reach into the most important and vital aspect of you and your family’s stability; its wealth. Because governments call the shots in terms of supply, issuance, loan and interest rates; and can easily apply policy to nudge society into contact with pre-arranged conditions known as policy.

If these realities don’t unsettle even diehard complacency, perhaps a simplistic reduction of what should have been a jargon-filled warning against centralized economic plumbing will:

Unless you have spent time studying monetary theory, any of the many examples presented won’t alert the need for action. However, there’s common ground and a universal understanding in the value and piece of mind that accompanies complete sovereignty of one’s wealth. Bitcoin’s greatest gift is the freedom from consideration of what the state might decide to do with the time you invested in their paper promises.

They’re constantly looking for a weak point. Defend yourself like you have some self respect and care about your future. Secure your wealth and leave the crusade to Bitcoin.

This is a guest post by Douglas Feeldro. Opinions expressed are entirely their own and do not necessarily reflect those of BTC Inc or Bitcoin Magazine.