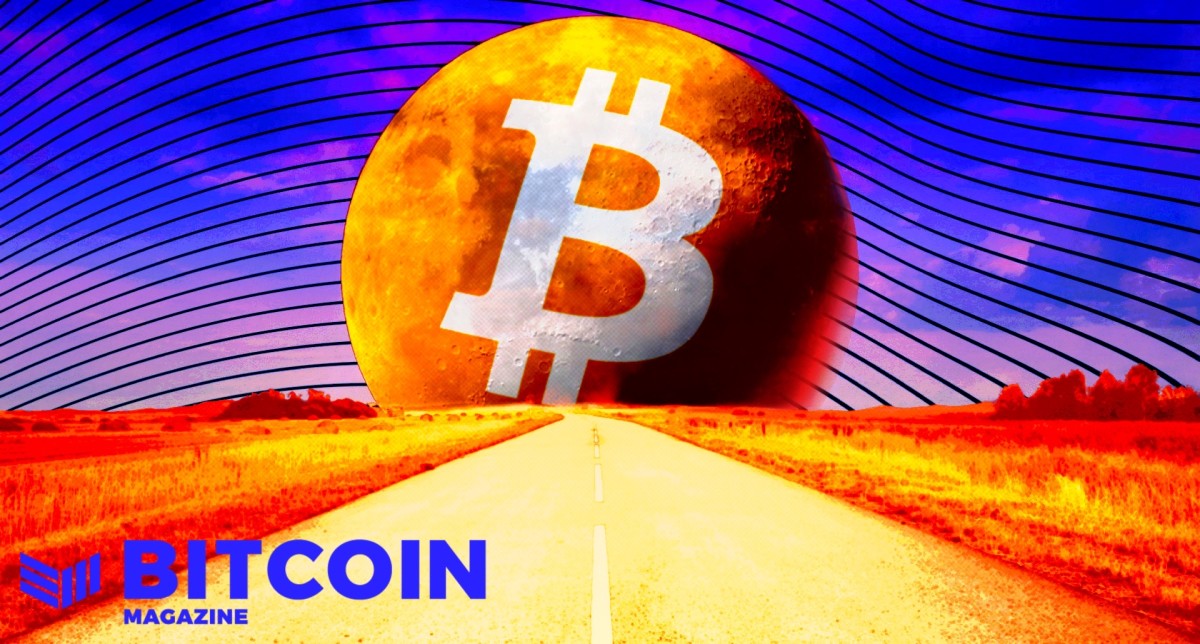 What a difference a year makes.

The Bitcoin 2021 conference was my coming-out party as a Bitcoiner. Though I had been closely following Bitcoin since early 2013, career and family commitments had prevented me from becoming an “IRL” Bitcoiner up until that point. But that all changed last year when I hopped in our family minivan with another dad from my kids’ school, and started on the 18-hour drive from the Midwest to Miami last June.

As I headed to the conference with wide-eyed enthusiasm, I had a mission in mind as well. About six months earlier I’d started a tiny open-source project built around the idea that people could securely save and spend bitcoin using a device built with off-the-shelf electronic components and powered by free-and-open-source (FOSS) software.

The whole idea was born as I came up against pain points in the winter of 2020-21 while trying to migrate my HODL stack into multisignature cold storage. Setting up a multisig wallet commonly requires buying several hardware wallets, which gets expensive quickly even for a smaller quorum. I additionally wasn’t crazy about having to physically connect devices designed to store my private key (a hardware wallet) to another device that was actively connected to the internet (my laptop). And on top of these issues, just the act of acquiring a hardware wallet can end up constituting a significant leak of personally identifiable information.

With these pain points at the front of my mind, I’d started the project in my living room recliner. Though I’m not a coder by trade (I’m actually a retired police officer and digital forensic investigator — it’s a long story!) I’d watched several hours of instructional Python videos on Udemy as I sorted the idea out in my head. Once I felt like I’d absorbed enough Python, I set to work. Stepan Snigirev, who had written a Bitcoin library called “embit” that I would be leaning on, and who created the Specter DIY hardware wallet from which I’d drawn significant inspiration, was especially generous with his time and expertise. After more than a small amount of time fumbling around on Google and Stack Overflow, I arrived at a crudely-coded proof-of-concept.

The name I’d given to the project was “SeedSigner” and I was hoping to have the opportunity to make a brief presentation in the Miami conference’s “FOSS Dome.” I’d put a short slide deck together and I even had a few bright orange t-shirts made with our project’s logo on the front.

After arriving in Miami and subsequently stepping through the conference’s main gates, the experience of being around so many similarly-minded people was intoxicating. Listening to talks on all things Bitcoin, viewing Bitcoin art, getting to interact with Bitcoin vendors, glimpsing a few Bitcoin micro-celebs — for someone who had been privately nerding out on the orange coin for the better part of a decade, experiencing Bitcoin culture first-hand and in the flesh was exhilarating. A few people even recognized the logo on my t-shirt and approached me, asking in a whispered hush “Do you know the guy…?” or “…Are you the SeedSigner?”

Despite a few minor logistical issues, the FOSS-dome was an amazing opportunity to listen to and speak with other technically-oriented Bitcoiners. There were presentations on Lightning, payment processing, node building, privacy-conscious Bitcoin tools — a literal myriad of exciting projects being explained first-hand and in-person by passionate builders. My brief presentation before the small audience was reasonably well received, and a few people politely approached with questions and feedback afterward. Amazingly, one of those people was Keith Mukai, who would become one of our project’s key contributors over the next several months — connecting with him alone made the entire trip worthwhile.

Rejuvenated, and with a few fresh connections within the Bitcoin community, I returned home to resume my journey with SeedSigner. I was thankfully able to acquire the seedsigner.com domain to use as a coordination point for more people to discover our project. And as our software matured over the next few months, the project came onto the radar of the Human Rights Foundation. Their interest was piqued by SeedSigner providing the ability to secretly build a secure Bitcoin signing device from commonly available, non-Bitcoin-specific electronic components. Near the end of the summer, we were fortunate to receive a grant from the HRF’s Bitcoin Development Fund, and that fall I was even invited to participate in a panel discussion on bitcoin self custody at their annual Oslo Freedom Forum event.

As autumn faded into winter, the features being delivered by our two lead developers, Nick (@newtonick) and the aforementioned @KeithMukai, came at an aggressive clip. A web developer volunteered to build out the project’s website. A cloud services provider offered to donate infrastructure so we could accept donations for our software development fund. Independent designers began re-imagining our hardware component enclosure. A Linux admin created a customized OS build for our software. A user interface designer volunteered his time and talent to re-imagine our user experience. Someone even took it upon themselves to create a long-term steel backup solution compatible with our platform. And a few entrepreneurs had begun spinning up websites to make SeedSigners available in their respective parts of the world.

The vision of making private, inexpensive, secure multisignature bitcoin storage available to anyone willing to snap together a few electronic components has taken shape beyond my wildest expectations.

Last fall, as I noted the Bitcoin Conference’s focus on making FOSS builders a more prominent part of their 2022 event, I found myself hoping I could somehow be involved. In November of last year, I had the thrill of being announced as a speaker at the Bitcoin 2022 conference. Given that merely a year earlier in November of 2020 I was a guy listening to Bitcoin podcasts, tinkering with a 3D printer, and learning to code Python, my path with SeedSigner has been quite an amazing ride so far. I am looking forward to sharing the SeedSigner value proposition with a larger audience within the Bitcoin space, and making connections and gathering feedback from Bitcoiners of all walks of life. I hope that sharing my story can inspire anyone out there in the Bitcoin community who has an idea, that with hard work, persistence, and a little bit of luck, they can make their mark in Bitcoin, and more importantly, make an impact on the world around them.

Looking forward to seeing you in Miami Beach in April!

Bitcoin 2022 will be the biggest event in Bitcoin history, with an unprecedented range of technical, cultural and financial progress being made in the space. To secure your place at the event, use the discount code “MAGAZINE” for 10% off ticket prices at https://b.tc/conference/registration.

This is a guest post by SeedSigner. Opinions expressed are entirely their own and do not necessarily reflect those of BTC Inc or Bitcoin Magazine.

Bitcoin Was Made For This