The History And Future Of Financial Planning 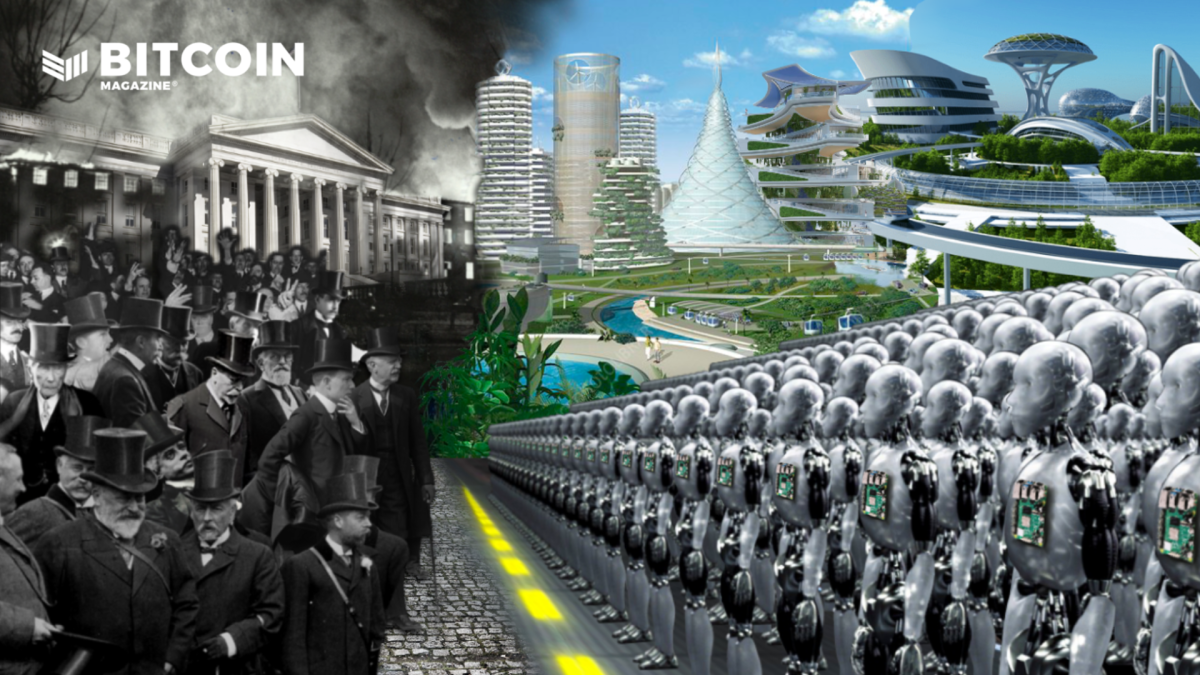 To understand the history of financial advising, we must start with a brief history of markets as we know them. There were some early markets that popped up in Europe starting with Antwerp in the 1400s. The port of Antwerp found itself between the Germans, who traded furs and rye, and the Italians who brought gems from the Far East. Innkeepers in the city would provide shelter, while also helping travelers exchange goods with one another. Over time, they began to create exchange rates and by the 16th century, they were trading more in promissory notes rather than exchanging goods. Then, in Amsterdam in 1602, The Dutch East Trading Company became the first publicly traded company by offering an IPO to “all residents of these lands” inviting all Dutchmen the ability to invest.

In 1792, stockbrokers met on Wall Street to create the Buttonwood Agreement for the selling of stocks and bonds, which would eventually become the New York Stock Exchange. Charles Dow created the Dow Jones Industrial Average in 1896. Then in 1923, Henry Barnum Poor released the pre-version of the S&P (it became Standard & Poor’s post-merger with Standard Statistics in 1941), followed by MFS Massachusetts Investors Trust introducing the beginning of the modern mutual fund in 1924. While these United States markets were maturing, they remained almost completely unregulated until the stock market crash of 1929.

In the 1920s, if an individual wanted to buy stock in a company they would go in person to a stockbroker for the purchase. It was fairly simple, person A wants to buy stock in company B, so they go to broker C to make it happen. While information traveled much slower back then, unfortunately, it traveled even slower to the general public. Individuals who were closer to information and the newspaper’s printing press were able to act faster on advantageous news. The problem was that person D invested with information that person A knew much earlier. This landscape of investing would change drastically in the coming decade in response to the stock market crash. In an effort to prevent another crash, Congress passed the Securities Act, which President Franklin D. Roosevelt signed in 1933. It was the first time the federal government passed legislation to regulate the nation’s stock markets. The federal government intended the law to protect investors, create transparency of corporations and their finances, and prevent misrepresentations and fraud.

Following the signing of the Securities Act would be the creation of the SEC (Securities and Exchange Commission), the NASD (National Association of Securities Dealers), and continued legislation over the coming decades. In 1952, economist Harry Markowitz would create “the basis for modern portfolio theory” with the goal of optimizing a client’s investments. In 1958, John Keeble and Richard Felder founded the Financial Services Corporation. Over the next 10 years, they would grow their business to doing around 300 financial plans a month. It was in 1966, that Keeble realized when it comes to insurance and investments, it is the customer’s needs that drive sales. In less than 50 years after the first piece of legislation, the U.S. would see the creation of commissions, corporations, societies, colleges and new investment strategies and tax incentives as a direct outcome of federal laws. The creation of new laws, theories and strategies laid the framework for the general public’s need for a financial advisor.

On June 19, 1969, a man named Loren Dunton started the Society for Financial Counseling Ethics. This society recognized individuals who were legally and ethically helping the public with financial counsel. Six months later, Dunton met with 12 other men in Chicago on December 12, 1969. The group of attendees mainly had a background in mutual funds and insurance and was meeting in the midst of a bad economy. They were seeking to find positive solutions to navigate the new economic situation. Out of this gathering came the International Association of Financial Planning, which would create the College for Financial Planning (CFP). Within four years, the college released a five-course curriculum and graduated their first class with the CFP designation. This certification continues today through the Certified Financial Planner Board of Standards. The meeting of the “Chicago 13” now receives a public consensus as to the start of financial planning as a professional practice.

All this to say, heading into the 1970s the bureaucracy in financial planning was already thicker than mud and the profession itself was necessitating more proficiency. Can you start to see where this progression is leading? At this point, the United States was at the peak of the Vietnam War and was spending more money to fund the war than the government could justify by what was in the gold reserves. Then, in August of 1971, President Richard Nixon landed the final blow to the gold standard by deciding it would no longer peg the U.S. dollar to gold.

The financial planning industry was now off to the races. In 1974, the rate of inflation was 12.3%, up from 5.6% in 1969. The United States printing press was printing money faster than ever, and the U.S. dollar was no longer a safe tool to store one’s wealth. The more inflation raged, the more there was a need for financial advisors. What’s more, the increase in legislation passed, the more complex the job of financial planning became. So, due to inflation, the public needed financial planners and because the field was becoming more multifaceted, they could not do the job on their own. Whether intentionally or unintentionally, the government created a problem (inflation and complex markets) while also creating an industry (financial planning).

In the beginning stages of financial planning, the role looked different than it does today. Investors focused less on stocks and more on real estate, limited partnerships and annuities. Beyond that, financial planners did more tax planning than anything. Inflation, taxes and interest rates were high, so these investments served as the best relief. The stock market performed so poorly for such a long period of time that investors wanted little to do with it. As the United States turned into the 1980s, households realized their need for a financial planner because of new tax laws, the 401(k) and a stock market that finally began to take off again.

So does Bitcoin fix this? The answer is yes. A major reason gold failed as money is because it is hard to custody safely and it is difficult to divide. The solution that is most common is to use a bank to store the gold and then use bank certificates to show how much gold one party is transferring to another. Over time, these certificates became what we know now as the dollar bill. So when Franklin D. Roosevelt signed Executive Order 6102 that, “all persons are required to deliver on or before May 1, 1933, all gold coin, gold bullion, and gold certificates now owned by them to a Federal Reserve Bank, branch or agency, or to any member bank of the Federal Reserve System,” the only legal choice for the United States citizens was to deal in dollars.

This law gave the government the capability to print as much money as it wanted with hardly any accountability; the Nixon Shock eventually exposed this problem. Bitcoin solves this by its fixed supply, easy and safe self-custody and ability to send large or small increments between two parties; it excels in the areas where gold failed. With Bitcoin, the general public can use currency as a store of value once again.

Should financial planners be worried about Bitcoin running them out of business? In the Bitcoin Magazine article, “The Role Of A Financial Advisor In A Hyperbitcoinized World,” Trent Dudenhoeffer discussed that financial planners will not get run out of their jobs, but that the evolution of money will redefine their responsibilities. This change will be a direct result of the incentive model changing because Bitcoin will fix the money. The need for financial planners will decrease as the need to outpace inflation decreases. When people need less time with a financial advisor, the meeting becomes a more all-encompassing strategy session that will only take place every two or three years.

Also, in Dudenhoeffer’s article, he makes the case that financial advisors will be the ones to onboard a large number of people to Bitcoin in the future. This response will mainly be because the advisor is the gatekeeper to most of the client’s assets. He brings up these specific situations that financial planners will assist clients in the Bitcoin age: Does it make sense for clients to take out a mortgage using a portion of their Bitcoin as collateral, will the client need help with multisignature setup, which mobile and desktop wallets will better serve the client’s needs and whether or not clients should participate in peer-to-peer lending protocols to earn extra yield. Fortunately, the dawn of this age may be closer than we think with new products at Watchdog Capital, Swan Bitcoin’s “Swan Advisor,” and many others that are coming to the market.

Certainly, many financial advisors are already in the business for altruistic reasons and seek to help those who are coming to them for guidance. Unfortunately, red tape or negative incentives from the government or their corporate office often keep those CFPs from serving their clients well. The hope for those advisors should be that in the future, they would be able to take on fewer clients in order to maximize the care and attention they give each individual. As seen throughout the last 50-plus years of financial planning history, financial planners learn to adjust to the market’s demands and clients will always need help with basic financial responsibilities like budgeting, taxes, health care and long-term planning. In today’s investing, advisors must build portfolios to beat the cost of inflation or they are not protecting the purchasing power of the investor. However, when clients hold bitcoin, they will only invest if it can beat the appreciation of bitcoin’s purchasing power. A Bitcoin standard will completely flip investment strategies on their head. The future of financial planning lies in the hands of those who adapt to the coming monetary revolution to better assist their clients.

This is a guest post by Brian. Opinions expressed are entirely their own and do not necessarily reflect those of BTC Inc. or Bitcoin Magazine.

The US Dollar Is Soaring While The GDP Contracts

Blue Chip NFTs 101 – How Did Moonbirds Conquer The World In A Bearish Market?