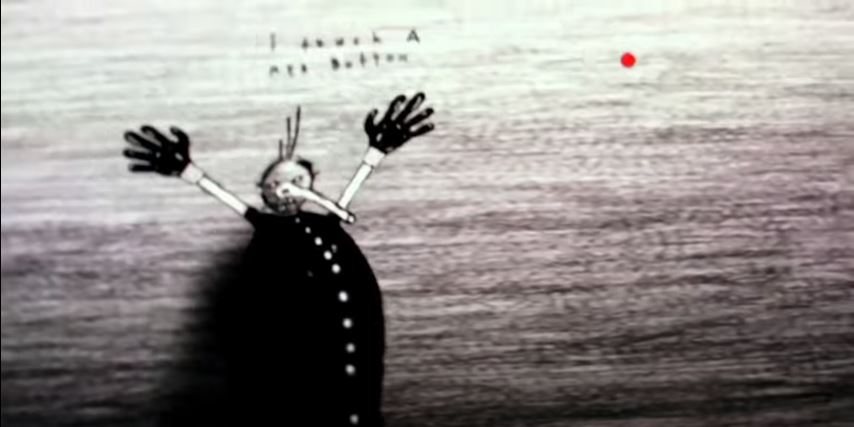 This isn’t the first time that legendary director David Lynch works with Interpol. In 2010, Lynch’s animated short film “I Touch a Red Button Man” used Interpol’s song “Lights” as a soundtrack. The next year, Interpol used that short film as visuals for their Coachella performance. And now, a decade later, they’re both revisiting the work and turning it into eight NFTs.

HIFI Labs adapted the work to the NFT realm by dividing it into seven pieces, plus an extra one that’ll be mixed with user-generated content. Through this site, they’ll be available for auction in the Superrare Ethereum marketplace. The pieces are 1/1 editions. This is the first one. They all feature an updated version of the “Lights” song. Forbes describes it as follows.

“The new renditions feature a stripped-down version of the song, both by design and as a result of the band’s members—Banks, Daniel Kessler and Sam Fogarino—being physically separated for much of the pandemic.”

To paint a clearer picture, Banks said in an official statement by the band:

”The marriage of music and visual is an age-old tradition, and Lynch is a musician himself and has a love for music so it was a pretty organic way for artists from two separate media to come together. From our standpoint, we are all crazy about Lynch so it was amazing that our work was paired with his.”

It appears that Interpol is the force behind Lynch’s new and improved adventures in the NFT space. However, David Lynch tweeted about it. So, he’s aware and supports the project.

Dear Twitter Friends, good morning. A film I made for @interpol will be auctioned in 7 pieces on @superrare
Find them at https://t.co/m31joB4XHS

This is the “I Touch a Red Button Man” short film in all its glory:

At the time of the original collaboration, Banks told the Huffington Post:

“It’s important to clarify that Mr. Lynch did not make a music video for our song. He made an animation of his character, and allowed us to show it. If you missed us at Coachella, then we’re proud to share this with you now. The Red Button Man… doing his thing.”

Particularities About The “I Touch A Red Button Man” NFT Collection

First of all, the artists want you to know that “This is a carbon neutral collaboration thanks to our partnership with Aerial.” The mania about the supposed environmental cost of NFTs is rampant online, so they went with a company that verifies carbon offsets. What more could fans want? Well, maybe to be a part of the collection. About this, Forbes informs:

“ In the spirit of fandom and collaboration, fans will be able to add light personal creative touches to one of the eight pieces in the 3D gallery, and one collaborator will be chosen to receive the collaborative NFT for free.”

Go to the website, choose UGC TV8, and use the very rudimentary tools they provide to be a part of history. UGC stands for User Generated Content and you could be that user. Just be sure to leave your mark and your email before November 7th. There’s still time to collaborate with both David Lynch and Interpol.

How To Use The SeedSigner Bitcoin Wallet