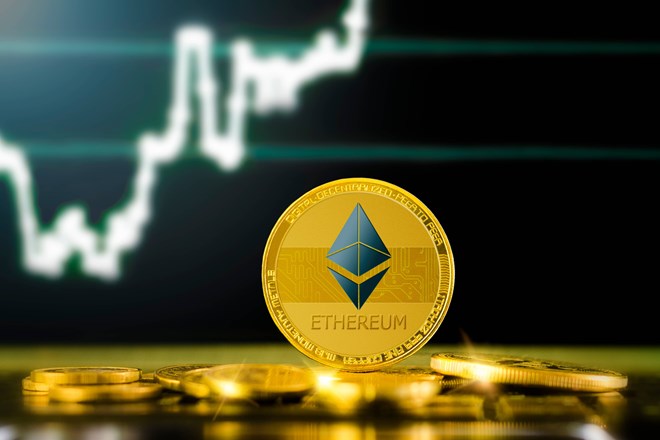 Ethereum has seen some optimistic price predictions this year. While a lot of analysts have erred on the conservative side, others have gone the route of being overly optimistic. With some putting the price of the altcoin at $20,000, like in the case of Real Vision founder Raoul Pal. But none have gone as high as where the British banking giant puts the price of the asset.

There has been widespread sentiment in the market regarding the potential of Ethereum to overtake Bitcoin at some point, and it looks like institutions believe this too. Last month, deVere CEO Nigel Green said in a statement that Ethereum was set to outperform Bitcoin in the long run. Green pointed to numbers from the past year which already showed that the former was already outperforming the latter in the market, giving it a timeline of five years.

Standard Chartered released a new report on crypto on Tuesday. In it showed the bank’s view on cryptocurrencies, with a focus on Bitcoin and Ethereum. The report showed the banking giant had a more favorable view on Ether, which it believes is superior to Bitcoin due to the fact that it is akin to a financial market. The rise of decentralized finance (DeFi) has seen the rise of protocols offering alternatives to traditional financial services like lending, borrowing, and yield farming.

Standard Chartered sees Bitcoin doing well in the long run, but not performing as well as Ether because it is more like a currency. The bank sees the use cases of Ethereum being the major catalyst that sees the market capitalization overtake that of Bitcoin.

Longer-term price predictions came out to the range of $50,000 to $175,000 over the long term for Bitcoin. Only about a 300% price increase for the asset from its current levels. While the report put forth a much more optimistic price prediction for Ethereum. Standard Chartered expects that the price of ETH in the long term will be in the $26,000 to $35,000 range, predicting a 1,000% increase in the price from its current point.

At first glance, Standard Chartered’s prediction for both cryptos may seem too wild to be true. But a look at the charts for both assets shows that the analysts are on to something here. In 2021 alone, Bitcoin has grown about 38% to the present day. On the other hand, Ethereum has grown 240% this year alone. A year-over-year analysis shows that ETH has consistently outperformed BTC in the market. Coupled with its use cases, this makes it a prime candidate for institutional investments.

One thing the Standard Chartered report does acknowledge though is the importance of BTC growth to that of ETH. Although it is bullish on ETH, it acknowledges that for ETH to get to the predicted price point, BTC would actually need to first get to its predicted $175,000.