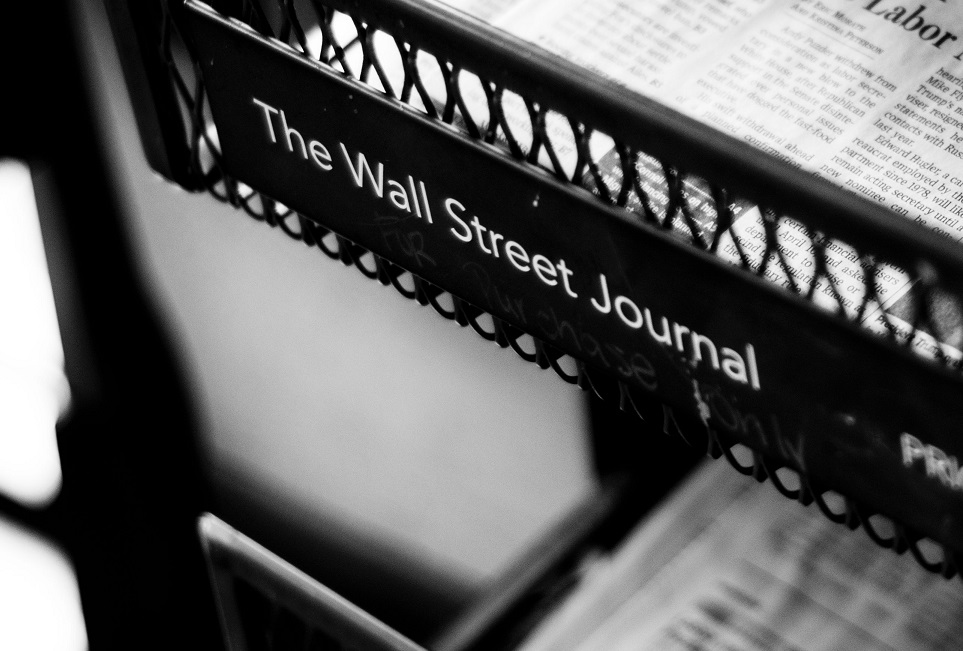 The NFT market is thriving, actually. Once again, the Wall Street Journal makes a fool of itself by tackling subjects beyond the publication’s comprehension. The author declares “the NFT market is collapsing,” citing suspicious numbers and two cases of bad trades as proof. And then, to top it all off poses a terrible theory. The “NFT Sales Are Flatlining” article is embarrassing beyond belief.

Among other things, it proposes the worst definition of NFTs ever written:

“NFTs are bitcoin-like digital tokens that act like a certificate of ownership that live on a blockchain.”

No, NFTs are not “bitcoin-like” at all. And the WSJ just forgot about the “non-fungible” aspect of these unique digital assets. And yes, someone bought an NFT of Jack Dorsey’s first tweet for $2.9M, another person bought a Snoop Dogg endorsed one for $32K. Both tried to auction the digital assets and only got embarrassingly low offers. Based on those two cases, the WSJ implies that the whole NFT market is dead on the water.

THE DEATH OF NFTs…

One buyer purchased a Snoop Dog curated NFT in early April for about $32,000 worth of the cryptocurrency ether. It’s now up for auction, with an asking price of $25.5 million.

The WSJ bogus numbers about the NFT Market

Admittedly, the Wall Street Journal probably has access to a wider array of data than NewsBTC. However, the numbers they use to prove the NFT market is dead are suspicious as hell.

“The sale of nonfungible tokens, or NFTs, fell to a daily average of about 19,000 this week, a 92% decline from a peak of about 225,000 in September, according to the data website NonFungible.

Notice that they don’t link to NonFungible and provide a few low-resolution graphs that the normal eye can’t audit. However, everyone can go to NonFungible. The number of sales for May 3rd is 104.465 and that represents $206B. Hardly the signs of a dead NFT market. Granted, the number of sales for April 3rd is approximately 14K, but on May 1st the NFT market moved a whooping $778B in 117K sales.

That’s not it. The WSJ also presents these stats as if they prove its case:

“The imbalance between supply and demand is also hurting the NFT market. There are about five NFTs for every buyer, according to data from analytics firm Chainalysis. As of the end of April, there have been 9.2 million NFTs sold, which were bought by 1.8 million people.”

Have they even been to OpenSea? There are hundreds of collections. And NFT aficionados own dozens of pieces. Sometimes, hundreds. Sometimes, thousands. And that’s just one platform that serves one blockchain. Five NFTs for every buyer is nothing.

The Wall Street Journal’s Off The Mark Theory

This might be the most ridiculous part of the article. Let’s let the author bury himself:

“There are signs that collectors may also differentiate between NFTs that catalog a vast set of cartoonlike characters—like the CryptoPunks—and tailored, NFT art projects spurred by major artists who already enjoy museum followings.”

And then he talks about Jeff Koons and Chinese artist Cai Guo Qiang, who sold out NFT collections, and director Kevin Smith, who’s planning to. Meanwhile, Moonbirds set the NFT market on fire and the Bored Ape’s Otherside literally broke Ethereum. We’re talking billions of dollars for the “cartoonlike characters” team. Not only that, The Nightly Mint points us towards Nansen’s numbers.

6/ Taking a look at NFT Paradise, volume is robust – the last two weeks are both set to be among the top-10 in history (measured in ETH).

Users per Week and Transactions per Week are likewise looking to reverse downtrends that began at the start of the year. pic.twitter.com/edNKzddMQW

They clearly show that “the last two weeks are both set to be among the top-10 in history (measured in ETH).” And that “the Blue Chips and Social sectors are on a tear, up 81% and 83% YTD.”

So, what game is the Wall Street Journal playing? Is this a case of poor research or evidence of malicious intent? That’s for you to decide, dear reader.