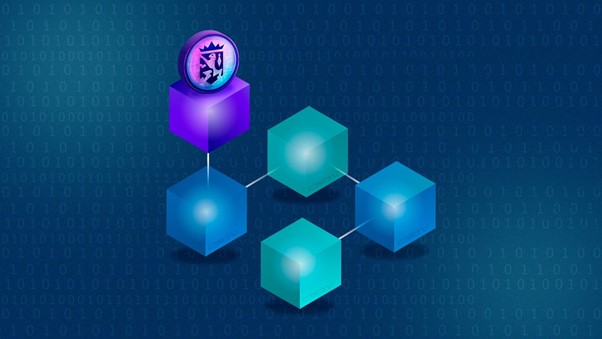 Lawyer Explains Why Nov 30 Is Crucial

XRP Sluggish At Resistance – Will It Break Out After 2…

Blockchain technology is arguably one of the greatest technological advancements of its era, but as technology improves at an exponential rate, can blockchain security keep up? Blockchain security has become a controversial topic in the crypto space due to the large amount of malicious attacks that have recently taken place. Solutions need to be created that can further advance encryption capabilities.

How are blockchains secured?

Blockchains are secured via a multitude of different consensus mechanisms, but virtually all, Bitcoin included, share the same underlying security protocol called cryptography. Bitcoin, for example, uses an algorithm known as SHA-256. The SHA stands for secure hashing algorithm and is an example of a common hashing algorithm used in cryptocurrency and for other encryption purposes in operating systems such as Unix and Linux. The algorithm functions such that any input into the algorithm creates an output of 256 digits that are relevant to the data inputted. Therefore if it is provided the same input, the same 256 digits are achieved every time. If any of the data were to be changed, the outcome would be completely different.

Another important element is that there is no known, reliably successful method of performing the computation the other way around, meaning that by simply having the 256 bits long output, it is practically impossible to come up with the input. Interestingly, SHA-256 hashing is actually no new concept; almost all the world’s safest, high-tech systems are secured similarly.

The security threats to blockchains

Despite its early record of tamper-proof security, blockchains have experienced a variety of hacks and malicious behavior that exploited vulnerabilities and made many question the safety of those systems. One example of a serious attack was the Poly Network hack that saw about $600M stolen. Fortunately, the hacker returned the assets shortly after the hack, but this put an emphasis on the need for solutions. Security threats should come as no surprise, as numerous newly emerging technological solutions available today were not present when blockchain was first introduced in 2008. For example, quantum computers are so powerful, some studies revealed that they could potentially hack blockchains within a decade, which is a fraction of time considering the rate at which technology has grown.

Is quantum resistance a realistic goal?

Quantum resistance is vital to ensure the longevity and integrity of blockchain technology. Solutions aiming to tackle this challenge are beginning to emerge. Crown Sterling, an encryption and digital assets solutions provider, is one such company pioneering the field of data protection and sovereignty. Led by CEO Robert Grant, Crown Sterling is the first to implement quantum-resistant One-Time Pad encryption as an option for a blockchain’s state transition function or the flow of transactions on a network. They also developed the Crown Sovereign token (CSOV) as a quantum-resistant utility token that allows its users to engage with the project’s quantum-resistant encryption and other tools, including the ability to convert their personal data into NFTs, empowering individuals to truly own their data. The company is already developing data compression technologies in order to further its innovation in the data security and management space.

Highlighting their mission, the Crown Sterling team established the ‘Data Bill of Rights’ as the genesis block for their network, declaring that digital assets are the intangible personal property of the original producer, and therefore, protected.

Ethereum Turns Red Below $3.4K, Why Upsides Might Be Capped

Lawyer Explains Why Nov 30 Is Crucial