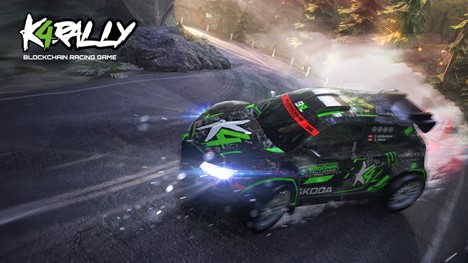 The largest grossing entertainment sector is the gaming industry. Boasting a whopping $145b in revenue, the gaming sector has taken the globe by storm. As of Q1 2022, the market value of the gaming industry is $155b (link). The gaming industry saw success during the recent pandemic, where many worked from home. Computer-based gaming saw a surge as many moved to games they could play on their work devices. The games that saw a revenue boost had short, sweet and competitive gameplay loops. Games in which someone working could log on, play for a short amount of time and go back to work saw great success (link).

The surging gaming trend would soon see the improvement of blockchain technology as the concept P2E (play-to-earn) was born. P2E rewards players for gaming with the platform’s chosen token. These cryptocurrency tokens have strictly assigned dollar value based on the rarity of the token. These tokens are then automatically distributed through the blockchain to a player’s account – simply for playing. Normally transactions are limited by the blockchain used. For instance, a token on the Ethereum blockchain cannot be sent to a user on BSC (binance smart chain). However, K4 Rally is cross-chain, meaning that any user on Ethereum, BSC, Avalanche or Polygon can play with ease.

K4 Rally and its token $K4R is one of the leading P2E projects with its high-quality graphics and accessible computer specifications. K4 Rally is web-based, meaning that whilst it looks incredible with its highly detailed 3D models, it can also run on an older Chromebook. Thus K4 Rally focuses specifically on accessibility and quality. Further, the game also features varied playstyles. A player can aim to win the daily and weekly tournaments, collect rally cars and race tracks, stake $K4R for passive income and more!

The cars and race drivers you collect are not just cosmetic items – but valuable and tradable assets a player acquires. These items are called NFTs (non-fungible tokens) and it means the assets are similar to tokens on the blockchain. They can be traded instantly, sold and secured through a player’s private account. This means you would play K4 Rally, win a tournament, acquire a rare rally car and then be able to rent it out to players for passive gains, trade it or more. NFTs are the cornerstone of this P2E game as it provides freedom and versatility to earn money.

In regards to quality, K4 Rally works only with the best-of-the-best. With over 20+ years in the gaming industry, K4 Rally is designed by GAWOONI MetaLabs. GAWOONI MetaLabs are more than just talented game designers but also blockchain developers, motorsport experts, marketing professionals and financial experts. The quality control doesn’t stop there, as the project also partnered with Rally Champion Johannes Keferböck and one of the best rally co-drivers in the world Ilka Minor. This partnership spawned the creation of the K4 Rally team.

K4 Rally balances a fast-paced racing game that provides additional varying gameplay styles for players. Whilst K4 Rally’s played competitively, it also supports users who want to play, collect and have fun. Every user can play with ease, from numerous blockchains or thanks to the low system requirements. This, however, does not limit the graphical fidelity of K4 Rally as it boasts incredibly realistic graphics designed alongside a Rally Champion. Most importantly, everything the player does will earn them money. From winning tournaments to staking tokens, renting out NFT rally cars to trading NFTs. These NFTS are of the highest quality and provide unparalleled P2E possibilities. K4 Rally and their NFTs are the perfect demonstration of P2E evolving in the gaming industry. Whatever your playstyle, drift into K4 Rally and join the P2E revolution today.

Research Explains Bitcoin Mining Could Be Helpful For US Energy Independence