Are Central Banks Losing Control Of The Economy? 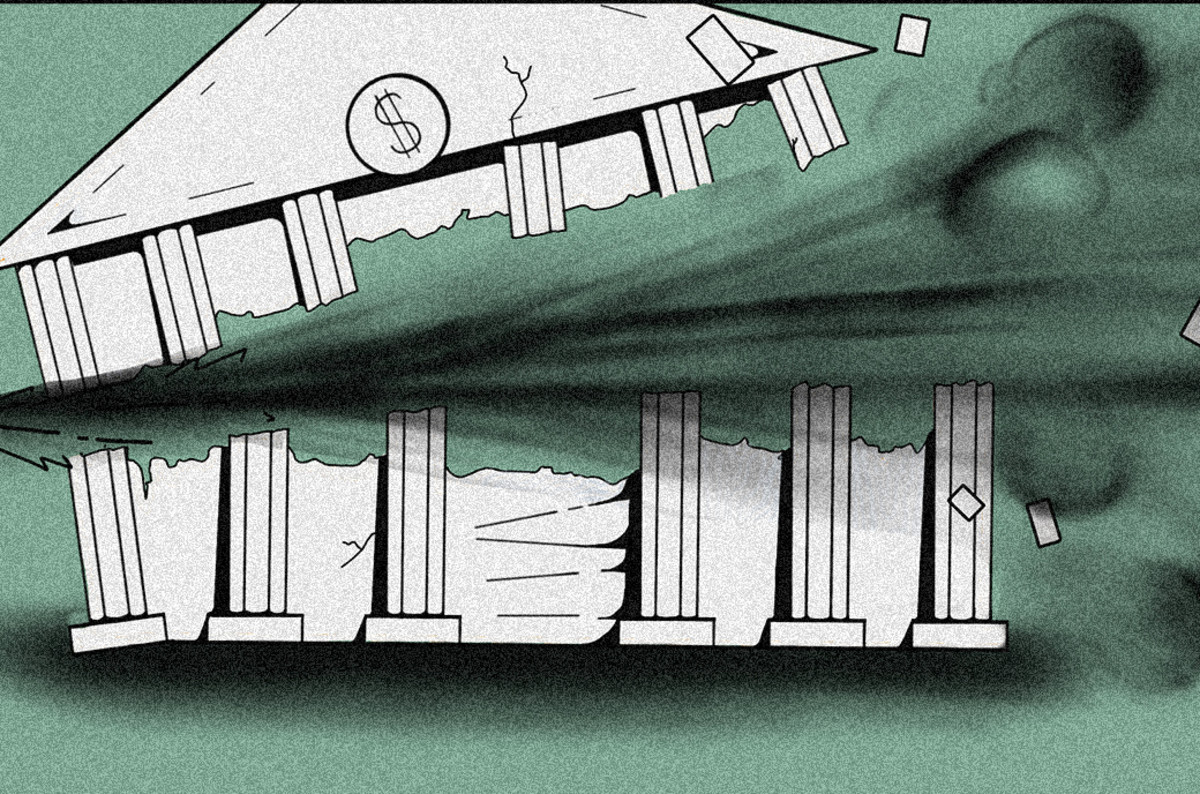 Listen To The Episode Here:

In this episode of the “Fed Watch” podcast, I give a big update on central bank related news from around the world. It’s been several weeks since we’ve done a down and dirty update on material from the monetary world, so there is a lot to cover. Listen to the episode for my complete coverage. Below, I summarize Federal Reserve related headlines and their upcoming Federal Open Market Committee (FOMC) meeting, consumer price index (CPI) and inflation expectations, Europe and the European Central Bank’s dilemma and lastly, China’s horrible economic issues.

“Fed Watch” is a podcast for people interested in central bank current events and how Bitcoin will integrate or replace aspects of the aging financial system. To understand how bitcoin will become global money, we must first understand what’s happening now.

Financial headlines have been awash with Federal Reserve presidents and governors trying to outdo each other in their calls for rate hikes. The most recent is from President James Bullard of the St. Louis Fed, calling for a 75 basis points (bps) hike and up to 3.75% on the Fed funds rate by the end of the year!

Federal Reserve Chair Jerome Powell is speaking in front of the Volcker Alliance meeting via pre-recorded remarks and appeared live to talk to the IMF on April 21, 2022. (I got the events mixed up in the podcast.) I expect discussion of the global CPI situation in relation to different countries’ monetary policies. We should have gotten some insight into Powell’s view of the current global economy in these remarks, more than the typical, “The economy is expanding at a moderate pace” vanilla comments we usually get at the FOMC press conferences.

The much-anticipated next FOMC meeting is scheduled for May 3 – 4, 2022. The market is saying that a 50 bps hike is likely, so anything less than that would be a dovish surprise. Up to this point, the Fed has only raised rates once by 25 bps, yet the onslaught of calls for rapid and large rate hikes has made it seem as though they have already done more.

The Fed’s main policy tool is forward guidance. They want the market to believe that the Fed is going to hike so much they break something. In that way, the Fed economists believe they will tampen inflation expectations leading to lower actual inflation. Therefore, all these outrageous calls for extremely high Fed funds rate by the end of the year are meant to mold your expectations, not actual prescriptions for monetary policy.

The next segment of the podcast is all about inflation expectations. Below are the charts I go over with some simplified commentary.

Above, we see the CPI year-over-year. The most recent number is 8.55%, however in April we are entering the year-over-year space of the acceleration of CPI last year. April 2021’s CPI jumped from 2.6% that March to 4.1%. That means we will need to see similar acceleration in prices between this March and April, which I do not think we will get.

And the rest of the inflation expectation metrics below do not agree CPI will continue to worsen (for the U.S.).

The University of Michigan Consumer CPI expectations have effectively been capped below 5%, and as we approach recession that should move downward quickly, placating Fed economists, I’d like to add.

The 5-year breakeven is slightly elevated from historical norms at 3.3%, but it is a long way from confirming the 8% of the CPI.

Same with the 10-year breakeven. It is even less elevated from historical norms, coming in at 2.9%, far from the 8% CPI.

One of the highest-regarded inflation expectations measures is the 5-year, 5-year forward. It is still below its historical norm, coming in at 2.48%.

All of these measures agree with each other in being far below the 8% CPI, added to the flat yield curve with some inversions shown below, and the shakiness of the economy leads me to expect an orderly return of CPI to its historical norm in the 1-3% range.

Transitory has become a meme at this point, but we can see that it has only been a year of elevated CPI readings and there are signs of peak CPI already. Transitory simply meant that this was not a multi-decade trend change for inflation, it is a temporary period of higher than average levels. Every other metric besides CPI is telling us just that.

Europe And The European Central Bank

In this podcast, I also cover the deteriorating situation for Europe and the euro. The European Central Bank (ECB) recently announced that they would be stopping asset purchases in Q3 of this year to get a handle on inflation. Europe’s CPI has come in at 7.5%, still below the U.S. However, their economic situation is much worse than the U.S.

Europe is in the middle of many different crises at once, an energy crisis, a debt crisis, a deglobalization crisis, perhaps a food crisis and a demographic crisis. All of that while the ECB is easing. What happens when they try to tighten? Nothing good.

For these reasons I expect the euro to drop significantly against the dollar and other currencies. Below you find several charts I talk about on the podcast for the audio listeners.

The People’s Bank of China (PBOC) has lowered the reserve requirement ratio (RRR) once again, effective April 25, 2022. In this segment, I read through an article by FXStreet and make commentary along the way.

Recent developments in China only strengthen the case I have been making for years, that China is a paper tiger built on credit that is going to collapse in a scary fashion.

The Chinese have not been able to slow the real estate collapse or the spread of COVID-19. They disastrously resorted again to lockdown in Shanghai and other cities, which will only serve to cripple their economy more. They cannot drive demand for loans or for lending in this environment, hence the multiple attempts to spur lending by lowering RRR.

What the PBOC will most likely turn to next is mandating loans be made. They are desperate to increase credit and keep the bubble from collapsing fully. This is reminiscent of Japan in the 1990s, when they mandated loans to be made in a similar attempt to stimulate the economy. It didn’t work for Japan and it won’t work for China. At best China is looking at a repeat of the lost decades in Japan.

This is a guest post by Ansel Lindner. Opinions expressed are entirely their own and do not necessarily reflect those of BTC Inc. or Bitcoin Magazine.