Embracing Bitcoin As An Economic Foundation 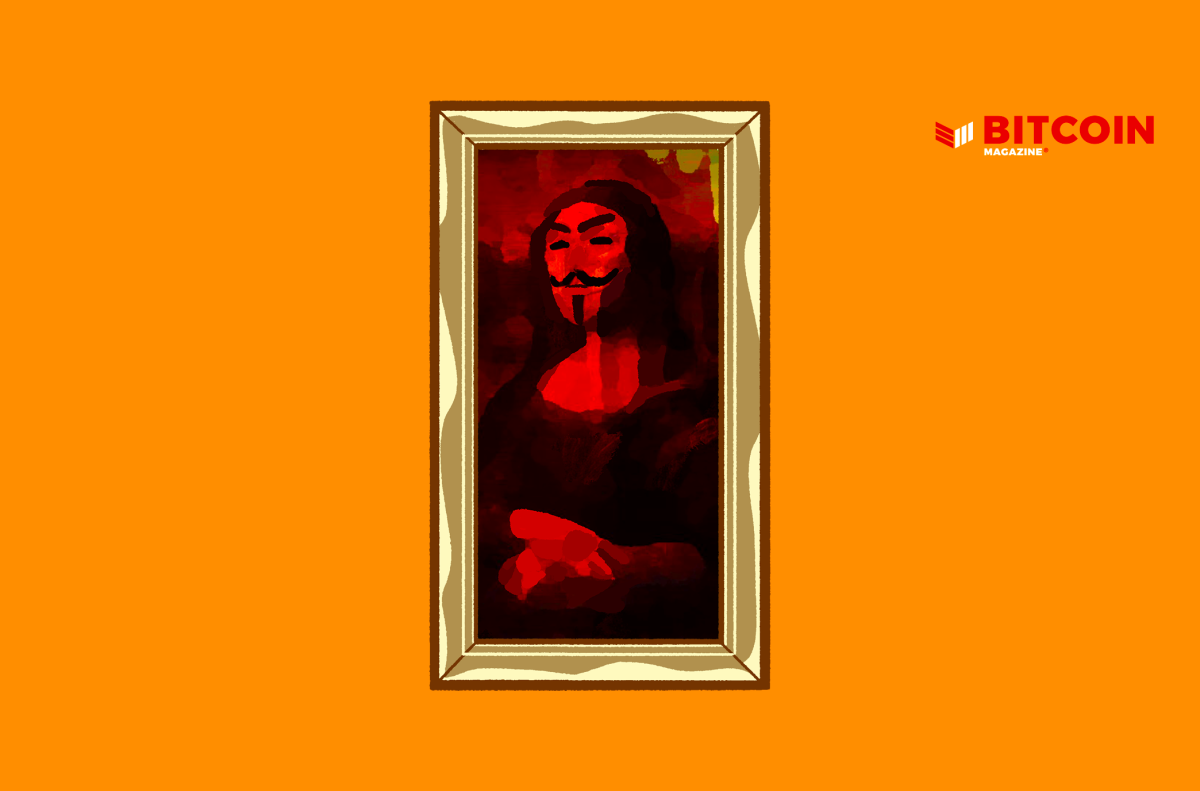 This is an article in a series of adapted excerpts from “Bitcoin Is Venice” by Allen Farrington and Sacha Meyers, which is available for purchase on Bitcoin Magazine’s store now.

You can find the other articles in the series here.

Quentin Skinner’s monumental overview of the development of early modern political philosophy, “The Foundations of Modern Political Thought,” begins with the following lines:

“As early as the middle of the twelfth century the German historian Otto of Freising recognised that a new and remarkable form of social and political organisation had arisen in Northern Italy. One peculiarity he noted was that Italian society had apparently ceased to be feudal in character.”

While Skinner’s concern is political philosophy and not economic history, it is easy enough to identify that these social changes were made possible by a nascent form of capitalism. As the great medievalist Henri Pirenne commented on the period and region in his “Medieval Cities”:

“Lombardy, where from Venice on the east and Pisa and Genoa on the west all the commercial movements of the Mediterranean flowed and were blended into one, flourished with an extraordinary exuberance. On the wonderful plain cities bloomed with the same vigor as the harvests. The fertility of the soil made possible for them an unlimited expansion, and at the same time the ease of obtaining markets favoured both the importation of raw materials and the exportation of manufactured products. There, commerce gave rise to industry, and as it developed, Bergamo, Cremona, Lodi, Verona, and all the old towns, all the old Roman municipia, took on new life, far more vigorous than that which had animated them in antiquity.”

Pirenne added that the rise of these cities, which was predicated on commercial and industrial expansion,

“Strongly stimulated social progress. It made no less a contribution in spreading throughout the world a new conception of labor. Before this it had been serf; now it became free, and the consequences of this fact, to which we shall return, were incalculable. Let it be added, finally, that the economic revival of which the twelfth century saw the flowering revealed the power of capital, and enough will have been said to show that possibly no period in all history had a more profound effect upon humanity.”

And wouldn’t you know it, but feudalism seems to be making a comeback. Joel Kotkin introduces his pithy tract, “The Coming Of Neo-Feudalism,” anticipating this re-emergence:

“Of course it will look different this time around: we won’t see knights in shining armor, or vassals doing homage to their lords, or a powerful Catholic Church enforcing the reigning orthodoxy. What we are seeing is a new form of aristocracy developing in the United States and beyond, as wealth in our postindustrial economy tends to be ever more concentrated in fewer hands. Societies are becoming more stratified, with decreasing chances of upward mobility for most of the population. A class of thought leaders and opinion makers, which I call the ‘clerisy,’ provide intellectual support for the emerging hierarchy. As avenues for upward mobility are diminishing, the model of liberal capitalism is losing appeal around the globe, and new doctrines are arising in its place, including ones that lend support to a kind of neo-feudalism.”

Kotkin is more concerned with effects than with causes. His worry is, in essence, that the social fabric is rapidly unraveling. His argumentation repeatedly alludes to Shoshana Zuboff’s notion of surveillance capitalism. While we agree with Kotkin (and by extension with Zuboff, and to really give credit where it is due, with Michael Goldstein) that it is important to give mimetically effective names to phenomena about which we intend to have productive discussions, we feel that the monolithic technology platforms this moniker is intended to capture are not the cause of neo-feudalism but are simply another awful effect of something deeper.

It is our belief that not all, but certainly some — and probably most — of the afflictions Kotkin cites can most sensibly be attributed to the regime of political economy dominant in the West since 1971, particularly acute since 2009, the roots of which can be traced to 1913 at the very earliest. Often lazily referred to as “capitalism,” or sometimes sardonically as “post-capitalism,” we think this is, in fact, another case of a poorly chosen name leading to a poorly framed discussion. If anything, the distinguishing feature of the economic circumstances from which these afflictions arise is the normalized devaluation and consumption of capital in the pursuit of ever more leveraged “growth.” We will sometimes refer to the dominant regime of political economy but sometimes as degenerate fiat “capitalism” instead.

Those who do not own hard assets are increasingly tending to drown in debt from which they will realistically never escape, unable to save except by speculation, and unable to afford the inflation in the essential costs of living that does not officially exist. What amounts to an “official” message is the likes of Christine Lagarde (then-president of the International Monetary Fund and now of the European Central Bank) musing that “we should be happier to have a job than to have our savings protected,” and the World Economic Forum suggesting that, by 2030, “you will own nothing, but you will be happy.” You will use things that somebody owns, mind you. But that somebody will not be you.

If we were to believe that these people mean what they say, and that the consumption of capital is not going to stop — perhaps we even realize that it cannot stop — we might be as similarly inclined as Otto of Freising to look for any sprouts of civilization that manage to advance beyond our rebooted feudalism. There may end up being a variety of reasons that different social units avoid this state. We think that, for some, the reason will be Bitcoin.

We think for some, but we hope for many, and we pray for all.

Bitcoin has gone through many cycles of popular conception, usually with high correlation with its cycles in price. From a wacky open-source project only known to a handful of mailing list participants and only understood by those proficient in C++ and steeped in cryptography, political philosophy and monetary history, Bitcoin has since been dubbed just about every metaphor under the sun. It has also been written off more times than can easily be counted. The website 99bitcoins.com has a dedicated page for “Bitcoin Obituaries” which, as of the time of writing, lists 428 occasions on which a relatively mainstream media outlet declared Bitcoin “dead.” And yet, as of the time of writing, its price in dollars is near its all-time high. Although impossible to quantify, we feel its reputation, its strength and its potential are at all-time highs as well.

Most serious attempts by outsiders to grapple with Bitcoin over the years, even those unabashedly positive, have tended to view the phenomenon too narrowly in our estimation. And to be fair, often the authors will admit as much. We think Bitcoin is more than a cheaper payment rail or “digital gold,” for example. It is more than a “digital ledger” and it is more than a solution to the Byzantine Generals Problem. It is certainly more than the “underlying technology” of “the blockchain,” the primary value of which has turned out to be crystallized in consulting contracts to hapless conglomerates and the terrible books the savviest of these consultants would go on to write.

Of course, this is not an original insight. In recent years, it has become more generally accepted that Bitcoin is an inherently interdisciplinary phenomenon. To view Bitcoin solely through the lens of economics, say, or cryptography is to miss the forest for the trees. Bitcoin lies at the intersection of, at the very least, these two, as well as financial theory, history, political philosophy, theoretical computer science, distributed systems theory, game theory, and network and protocol design. Possibly even more that have escaped our own understanding. Arguably, the inside view is to work from the premise that it cannot be grappled with in its entirety but that perhaps some expertise can be brought to bear on some corner of its workings, necessarily constituting, at best, a humble contribution to a patchwork of thought. As Jameson Lopp famously put it, and which certainly set our minds at ease, “Nobody understands Bitcoin, and that’s OK.”

We do not claim to “understand Bitcoin,” nor do we claim to have stumbled into the perfectly comprehensive and expansive framing. In fact, our framing is still fairly narrow in the scheme of things. We will barely mention the more technical topics of cryptography, theoretical computer science, distributed systems theory, game theory, or network and protocol design. There are many fine works on these topics we would recommend to the interested reader well ahead of any of our own thoughts.

But within the narrower confines of financial theory, economics, history, and political philosophy, we feel much more confident. We believe the popular understanding of Bitcoin can and should extend to these fields. We can only hope our contribution in these areas of our limited and relative expertise will be valuable.

When we say that the reason some social units can avoid collapse into neo-feudalism by embracing Bitcoin, what does that mean?

We are sure it seems hyperbolic to most, if not outright ludicrous, but it’s actually fairly prosaic. It means that those social units that voluntarily choose to embrace Bitcoin — a global, digital, sound, open-source, programmable money — will be in a position to accumulate long-term-oriented capital at a disproportionate rate to those who do not. They will have a superior economic foundation from which to build healthy social and political institutions, which will contrast to those left behind as medieval Venice did to the remnants of the Western Empire.

This is the thesis of “Bitcoin Is Venice” in a nutshell.

Our various predictions for Bitcoin’s path from this point on — for the optionality it offers to those social units that embrace it — could be true at any and every scale. It could be an individual, a family, a friend group, a neighborhood, a company, a city, an industry, a country, or the entire world. We will have to wait and see.

Of course, it could be nobody. It could fail altogether. We say this primarily to guard against accusations of blind faith, speculative mania and fundamental unseriousness. But we don’t say it to feign intellectual sophistication with post-hoc, unfalsifiable fence-sitting.

As if this wasn’t entirely clear already, we are very happy indeed to be on the record as saying it is more likely Bitcoin will succeed than not. And so, while there are good reasons it might fail, “it’s dumb” and “I don’t like it” are not among them. In order to sensibly articulate the reasons why it might fail, you have to have at least tried to understand it in the first place.

Of course, nobody fully understands Bitcoin, and that’s OK. But we can all put in the work to understanding it more, and we hope the book, and this series, will help those who want to try.

This is a guest post by Allen Farrington and Sacha Meyers. Opinions expressed are entirely their own and do not necessarily reflect those of BTC Inc or Bitcoin Magazine.

Ether Breaches $3,000 For The First Time In Two Weeks

Ethereum Classic Gains 60%, Why The Merge Could Push Its Price Higher