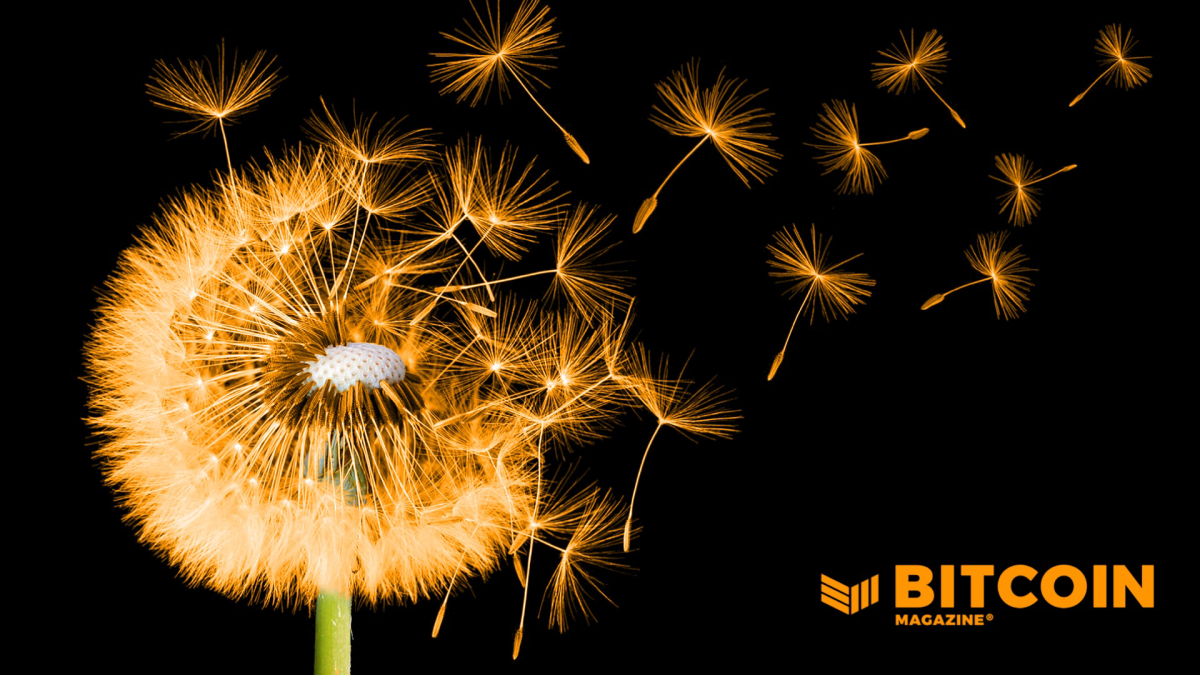 “A state may be ruled by measures of correction; weapons of war may be used with crafty dexterity; but the kingdom is made one’s own only by freedom from action and purpose.”

Lao Tzu is credited to being one of the leading voices in Taoism (pronounced “dow-ism”), and at one time was thought to have been an originating voice. Further discoveries have revealed that Taoism was most likely influencing the life of Lao Tzu before the occurrence of his writings. In the linked chapter 15, Tzu addresses the ancient masters of Taoism, clearly showing he studied the works of Taoism before beginning his seminal work. We’re going to talk about Tzu’s view of the State, and how the Tao (way) can be understood in reference to Bitcoin by freeing yourself from action and purpose.

Taoism is a holistic belief, one that sees interconnectedness in all things, and a necessary flow of the universe which cannot be stopped. Attempting to alter that flow is simply not plausible, and is disingenuous to greater integrity.

Some mistake this as a belief that washes away individual sovereignty and responsibility, and this could not be further from the truth. Rather, it would suggest that the universal flow that exists, exists to be selfless and willful toward the betterment of others, and moments defined as “action and purpose” are not simply acts of behavior, but more so acts against the universal flow, or the collective, benefiting the few rather than the many. These are actions that inherently lack integrity.

“The person of superior integrity does not insist upon his integrity; For this reason, he has integrity.”

Integrity is not simply being honest or truthful in this context. When Tzu discusses integrity, he is referring to action or inaction that permeates through the Tao, or “the way.” To have superior integrity, one must not insist upon being integral. What does that mean?

Succinctly, in order to be a great Taoist, at times you must not always follow the Tao, or your interpretation of it. A person of integrity does not possess integrity if they seek to possess it. Rather, the one that acts with integrity will find themselves regarded as integral when the action or inaction is integral without purposefully being so. To be purposefully integral implies conscious effort of doing so, and therefore it would not have happened unless one is following the Tao as a procedure, rather than being acts of genuine integrity, absent guidelines.

The act of pursuing integrity will inevitably lead one down a path absent of integrity.

Much like his predecessors and successors, Tzu took to parables in order to convey meaning, but he expressed value in contrast. What does that mean? What do the teachings of Taoism suggest about the State and Bitcoin? And what is action and purpose?

According to Tzu, in order to attempt understanding of any particular concept, it is important to understand the recognizable trait, then to visualize the possession of that trait, and through possession, one can theoretically understand the absence of the trait. For example:

“All in the world know the beauty of the beautiful, and in doing this they have the idea of what ugliness is…”

Beauty is the idea. Being beautiful is possession of the idea. Ugliness is the absence of the idea. It’s important to note that beauty is largely considered subjective “to the eyes of the beholder,” as the saying goes, though some studies now equate beauty with natural symmetry.

For example: If we think we are living, then that means we have an idea of what life is. Since we know what life is, we can therefore conceptualize what death is (the absence of life). The conceptualization of death by understanding its opposite (life) is creating a value in contrast. We contrast what we know (life), to what we want to know (death).

There are many of these examples where the absence or possession of a particular idea derives the understanding of the idea. Let’s return to the State to define action and purpose.

“In the kingdom the multiplication of prohibitive enactments increases the poverty of the people; the more implements to add to their profit that the people have, the greater disorder is there in the state and clan; the more acts of craftly dexterity that men possess, the more do strange contrivances appear; the more display there is of legislation, the more thieves and robbers there are.”

Freedom from action and purpose is not a justification of inaction, rather it is the responsibility of one to choose a path that is inherently selfless, rather than a path that is beneficial only to thee. To provide purpose only for oneself is antithetical to the flow of the universe.

Action and purpose can be thought of as doing “the right thing” only because someone tells you it is the right thing, rather than actually believing it, making the action disingenuous.

A myriad of “prohibitive enactments” litter the streets of legacy finance. “The more implements” can mean more regulation, more action, more red tape, more everything unnecessary to provide worthless jobs, surveillance, or in some cases, both. Action in legacy finance only seeks continuance of the system, it has long since passed the time of benefit to the public.

“Disorder … in the state” rises daily. With the advent of social media, the world has rarely been so polarized. Be it politics, religion, or simply whether Nickelback is worth a listen, the world tends to get heated rather quickly since COVID-19 made all of us deal with our feelings. It’s pressing to think of a more divided time than now, and truth has become harder to identify.

“The more display there is of legislation, the more thieves and robbers there are.” The displays and posturing never stops these days. With the U.S hiding Bitcoin legislation within infrastructure bills, China “banning” Bitcoin or El Salvador adopting it, the agendas never stop.

The action and purpose of the State has long shifted from the priorities of the communities of which it serves to the pockets it lines — action and purpose built for profit, not for humanity. It did not seek equitable existence for all, it searched for profits. These incentives have pushed the State in opposition to the universal flow, or Tao, and into a self-loathing machine bent against its own health, wealth and those of its people.

The possession of an ideal allows us to conceptualize its absence.

If humanity possesses freedoms, we therefore understand what it is to be free, which theoretically means we can articulate the absence of freedom, or oppression. Let’s relegate the subjectivity of reality and perception to a separate conversation and assume we do possess freedoms, while acknowledging that not all of humanity is free.

If I were to give a reverse Rorschach test (I show you pictures and you say the first thing that comes to your mind), and instead I give you an idea and then you tell me what comes to mind, then I’d say “oppression” and you would say “Orwellian,” “communist,” “socialist” or something along those lines, and you’d be right. We don’t have to look too far back into the annals of history to find authoritarian rulers commanding legions of the oppressed with the façade of a savior’s banner.

These actions we see from nation states all across the world are part of a larger systemic failure, that of sound money. Without sound money, we cannot have truly free and equitable markets, the field cannot be level and the system remains richly in control of itself. The incentives are wrong, and it is because of action and purpose which has served the few, not the many.

How Do We Remove Action And Purpose?

The problem is systemic, and the system is run by bad actors which are incentivized to act from a place of profit. To remedy this, change the way incentives work. Remove the human element.

The freedom we seek is from the action and purpose of malignant forces, and if malignance comes from humanity, then Bitcoin can be a solution. Satoshi Nakamoto created a programmatic monetary supply that cannot be influenced by humanity without consensus. The only incentives built into the system are the block reward (bitcoin given for solving blocks of transactions every 10 minutes), as well as transaction fees that economically incentivize upkeep of the network, especially when bitcoin rewards are no longer issued.

Now, this next part might be controversial. But the action and purpose of institutions like the Federal Reserve, U.S. Treasury, IMF, World Bank and other central banking institutions, are exactly what their procedure, their way (or Tao), deems necessary. The promulgation and continuation of the fiat protocol is their Tao. It is action and purpose designed to maintain the system for those in charge, because it works. Their actions come from exactly how they should be responding in order to keep what they have, and they truly believe this system is the best-case scenario. I do not believe that these institutions are inherently evil, but the continuance of this fiat protocol requires action and purpose that serves the few, rather than the many.

Bitcoin takes away the ability to have action and purpose. It removes people. The human element cannot emerge within a decentralized system based on consensus where no parties hold a majority. Not only does a majority control not exist, but it is also disincentivized because of how Bitcoin stores value.

Disincentives have bad actors losing their energy costs and their bitcoin for being dishonest, because nodes recognize manipulation and root it out. Not only is the system only incentivized to maintain security, but it is also disincentivized to lie. This is all happening every ten minutes across the globe, and incentives are making the network stronger by the day, absent the human element.

Bitcoin is the only way to have financial “freedom from action and purpose.”

How Do We Remove Action and Purpose As Individuals?

“The person of superior integrity takes no action, nor has he a purpose for acting.”

The liberation of action and purpose, as mentioned above, is not cause for inaction, or apathy. We are to work toward goals of integrity and to follow a universal path. How do we follow the Tao?

As many have pointed out before me, the price of Bitcoin is in no way indicative of adoption. Adoption, in my view, is the Tao.

Let’s take a look at some actions that do not benefit adoption:

The relief I experienced when I stopped looking at the charts can only be described as “freedom from action and purpose.” Bitcoin is only inevitable because of the people who make it inevitable, so we need people to influence this systemic change.

If no one was doing the work, then Twitter wouldn’t throw that buzz phrase around as much as it does. The actions of those doing this work are integral, and possessive of integrity. The actions of high time preference (immediate gratification) decisions lack the integrity that Tzu defines.

To have integrity, you must possess a low time preference and move with purpose for a greater change.

Why Bitcoin Is Ultimate Single-Issue Vote