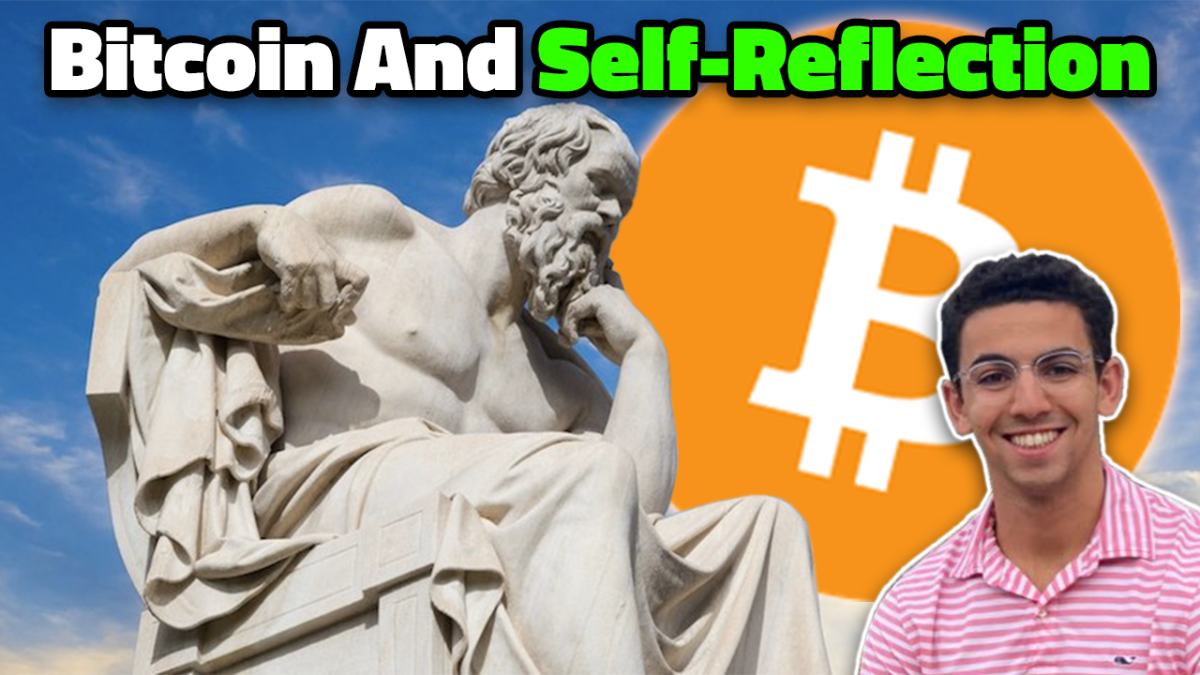 While on the journey to understanding bitcoin — which never really ends — one might find themselves confronting beliefs they’ve held for a long time. Ideas, whether they be related to the economy, history, politics or self sovereignty, are all reflected in bitcoin in a particular-to-bitcoin way. What bitcoin offers us is a nontraditional base unit, both in the network and asset, upon which we can expand ideas which were normally unchallenged, at least in the mainstream. These could be ideas like the future relying much more upon fossil fuels than the mainstream media may represent. Or the idea that incentive alignment will help improve our political system. I explored this idea-challenging attribute of Bitcoin with our very own Louis Shulman, another new addition to the BTC Inc team. Be sure to watch the podcast and check out our written interview below.

How were you first introduced to Bitcoin?

I first heard about Bitcoin in the fall of my freshman year of college. I was studying computer science at the University of Alabama. I didn’t go to any special STEM high school, so being in engineering school was my experience being completely surrounded by computer nerds. That fall just so happened to be 2017, which was the biggest bull run in the industry prior to COVID-19. For a few weeks, all conversations in hallways and classrooms were consumed by chats about cryptocurrency, with Bitcoin being the main character. Hesitant and pretty ill informed, I made a small purchase on Coinbase around the $16,000 price point. Within a few weeks, that plummeted by about 50% and I promptly forgot about crypto for the next few years.

In March 2020 when COVID-fueled money printing reached alarming rates, my interest in Bitcoin was renewed as I sought an alternative way of protecting my wealth (modest as it was). I purchased about $500 worth at a $5,000 price point, and then I paper handed the profits to buy AirPods when the halving hype doubled the price a few weeks later. Around the same time, I started a podcast about entrepreneurship, investing and technology. Through interviewing a few Bitcoin thought leaders on my podcast such as Guy Swann and Taylor Pearson, my enthusiasm and understanding matured, and I began to buy more heavily toward the end of 2020.

Immediately following my college graduation, I attended the Bitcoin Conference in June 2021 in Miami, Florida, and any remaining hesitation to take the orange pill was gone.

What’s the primary “life lesson” that you have learned from your time in bitcoin?

Be mindful of hidden hypocrisy. Coming to understand Bitcoin (a work in progress) forces you to confront previously unseen realities about your status quo institutions. People who are new to Bitcoin will levy doubt after doubt about Bitcoin.

“Who controls it? Can it be hacked? Why should I trust it? How do I know it will hold its value? Is it good for the environment?”

What Bitcoin teaches you is that all of these questions expose similar possible weaknesses of the traditional financial system. It is unclear who truly calls the shots on monetary policy or why they make the decisions that they do.

It takes thinking about a new system to realize what hidden assumptions might be lurking in the existing system. Once this veil is pierced, you start to have a better grasp of reality and truth, and it takes a lot more critical thought for trust in a system to be granted.

What aspect of Bitcoin, be it part of the technology, the culture or the industry, do you believe best encapsulates what change you desire to see in the world?

I think Bitcoin is the biggest large-scale success story in recent history of what can happen when we design systems with properly-designed incentives. I think we are already witnessing the consequences of this in real time. Incentives across disparate industries are now being questioned and thoughtfully redesigned to benefit as many stakeholders as possible.

DeFi (platform agnostic) is increasing transparency in the financial world and increasing yields for all participants. Music and art NFTs are deconstructing traditional power structures to allow artists to better capture the upside of their work. These are simple examples, but I expect to see other industries deconstructed and rebuilt with better incentives (which are only made possible by the innovation of the blockchain).

Unlocking human capital in two ways. The first is the human rights angle. Bitcoin is allowing millions (and hopefully someday, billions) of people living in unstable countries to accumulate wealth in a (likely) more secure asset than what was available to them previously. I think this will have a massive positive impact on quality of life for millions of people and help them escape various levels of poverty.

The second is reducing digital distraction. The rise of the Lightning Network has made near-zero-cost decentralized transactions a real possibility. I expect these micropayments to become integrated into internet companies and allow them to redesign their user experiences around new incentive structures. Web 2.0 profit was dictated by how long (duration) a company could seduce a user into using their platform and how much data they could gather about them. The consequence was maximally addictive apps and extremely compelling personalized advertisements, and most people are ill-equipped to compete against the supercomputers which have reverse engineered their psychology.

It is my hope that Lightning Network micropayments can reinvent the business models for social media, mobile games, and entertainment platforms like YouTube and TikTok. If users can pay with money instead of time, they’ll slowly regain their ability to concentrate on difficult tasks throughout the day without the need for quick surges of dopamine every 20 minutes.

A promising early example of this can be found here: https://sphinx.chat/

How Does Gresham’s Law Relate To Bitcoin