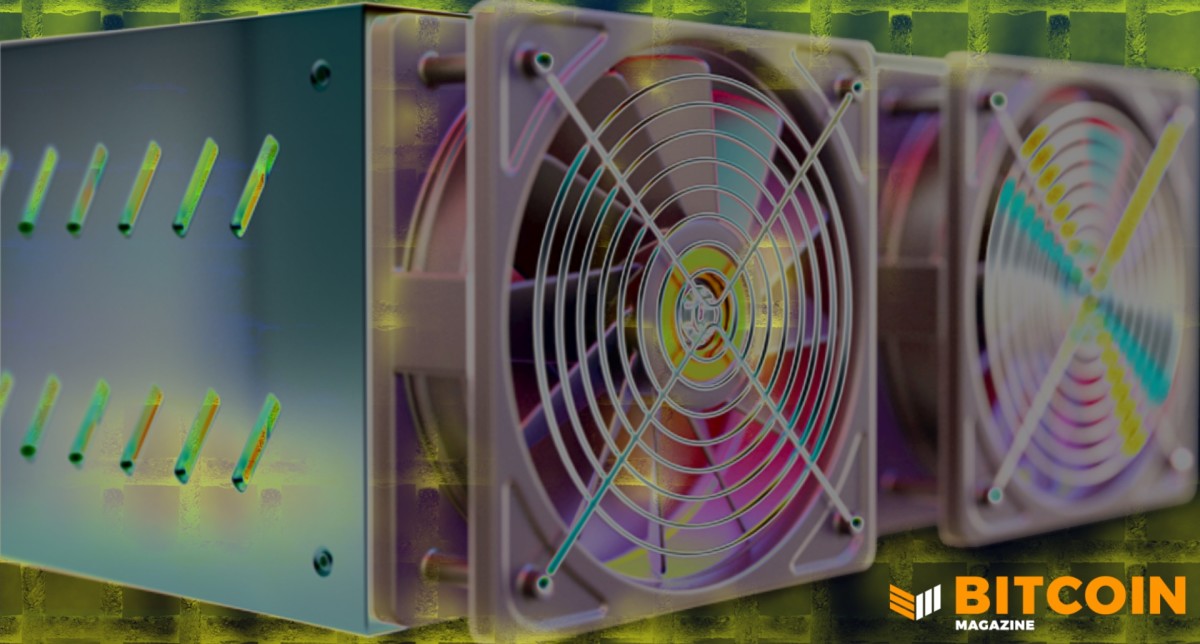 Wyoming is on a mission to house 5% of the U.S. Bitcoin mining hashrate by the next halvening in May 2024. This goes hand-in-hand with Wyoming’s strengths and aligns well with economic development and job creation goals.

For context, Wyoming has the lowest population density in the lower 48 U.S. states at six people per square mile (neighboring Colorado houses 56 people per square mile). Wyoming also has a difficult time retaining recent graduates because their ambitions for careers and salaries often don’t match what the rural Wyoming job market is currently offering, compared to major cities like Seattle and Denver.

A major goal of the University of Wyoming’s President Dr. Edward Seidel is to at least match bordering Montana’s post-graduation retention rate, which is the equivalent of adding 250 high-paying full-time jobs in Wyoming, with an annual salary of $75,000 or more. 2021’s average annual wages in the state are hovering just over $50,000. Every 10MW of mining adds about one or two direct full-time employees, plus brings ancillary growth to local economies such as construction, engineering, and manufacturing jobs. Bringing Bitcoin mining to Wyoming can easily put a dent in the goal of bringing 250 new well-paid careers to Wyoming in the near term.

This efficient and nimble state has historically been a leader in innovative legislation so it is no surprise that Wyoming state congressmen and regulators have been leading the way globally for digital asset legislation the last four years. Additionally, U.S. Senator Cynthia Lummis, “The Bitcoin Senator”, has worked tirelessly on bipartisan policy that enables America to lead the way in digital assets so that we may maintain our global competitiveness. Senator Cynthia Lummis will provide opening remarks for the University’s second Bitcoin mining webinar.

Wyoming’s main economic activity derives from energy and minerals — with a touch of agriculture, manufacturing and tourism. Minerals severance tax revenues and royalties are largely responsible for the funding of the Permanent Wyoming Mineral Trust Fund, a sovereign wealth fund, totaling $24.8 billion and providing 30% of the state’s spending budget. Pairing the state’s pioneering legislation and energy abundance will have a massive economic impact on the state by creating high paying jobs for un(under)employed energy workers and soon-to-be college graduates.

“Wyoming is a proud energy producing and exporting state,” says Dr. Holly Krutka, executive director of the School of Energy Resources, “and we have excess energy production capacity and more that we could build. It only makes sense to use our strength as an energy producer to promote other economic development opportunities, such as Bitcoin mining.” Wyoming is a leader in carbon capture, use and storage that can enable low-carbon energy from our existing coal-fired power plants that are currently somewhat underutilized; there’s also significant wind under development and even a first-of-a-kind nuclear demonstration plant under development in Kemmerer.

Wyoming energy providers (ranging from off-grid natural gas to on-grid wind) have been receiving dozens of inquiries into Bitcoin mining over the past few months, leading to proactive “requests for proposal” (RFP) processes by utilities.

Currently, the state is in the top 10 states for U.S. Bitcoin mining, at 0.7% of the country’s capacity 400 PH/s. It is estimated that the U.S. is contributing about 35% of the global hash rate (https://ccaf.io/cbeci/mining_map). With a current global total 7-day average hash rate hovering around 165 EH/s, at 35% of the global capacity, the U.S. currently mines about 58 EH/s. If Wyoming obtained their goal of 5% of the U.S. mining today, they would account for almost 2.88 EH/s of the current global hash rate.

At today’s hash rate, Wyoming will need to bulk up by 10x to meet their goal to be contributing to 5% of the U.S. hash power by May 2024, at current hash rates, and will likely need to grow by 10x to compete with other new projects across the U.S. (This does not take into account the likelihood that the global hash rate could grow to even 300 EH/s and the likelihood that the U.S. will have a larger percentage of hash rate by May 2022.)

The virtual Bitcoin Mining Town Hall will also have a panel of miners and mining pool operators who will add color to what the state can do to accomplish the 5% of U.S. Bitcoin mining goal by the next halvening. Topics expected to be covered include: the state of U.S. mining, what miners believe would help Wyoming attain their goal, deregulation of energy zones, and more competitive pricing for on-grid energy.

This is a guest post by Amanda Cavaleri . Opinions expressed are entirely their own and do not necessarily reflect those of BTC Inc. or Bitcoin Magazine.