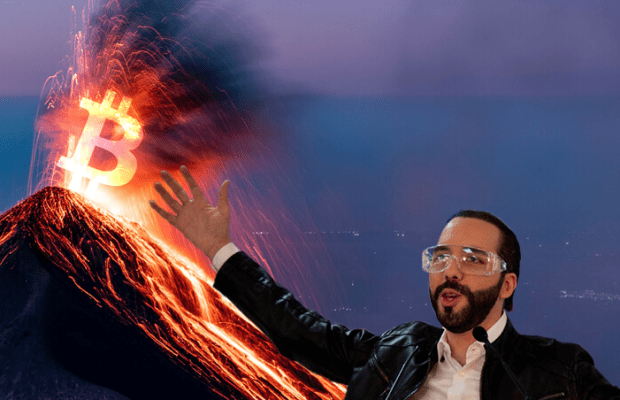 On Tuesday Nayib Bukele, President of El Salvador, released a new video showing a geothermal facility with Bitcoin mining machines operating on the side of a volcano.

The original video, which Bukele shared Tuesday afternoon on Twitter, has already received nearly 2 million views. It shows a government-branded shipping container arriving at the geothermal plant. The container is full of Bitcoin mining rigs, with technicians installing them.

Bukele’s caption for the video was just, “First steps…” The video appears to announce that the president is following through on promises made last June, when, just days after announcing he would make Bitcoin legal tender, Bukele invited Bitcoin miners to take advantage of new facilities being built specifically for the industry at a state-owned geothermal electric company.

In just four months, the president has managed to make El Salvador the first nation to adopt Bitcoin as legal tender, distribute $30 worth of Bitcoin to all of the country’s citizens via the state-sponsored Chivo app, install 200 Bitcoin ATMs within the country, purchase 700 Bitcoin for the national reserve, and begin to mine the hardest money known to man in a way that is 100% renewable.

Notably, Bukele’s initial volcano Bitcoin mining plans were shared just months after Elon Musk announced that Tesla wouldn’t accept Bitcoin due to its energy usage, which is required to secure the network and $794 billion worth of monetary property at the time of writing. Since then, Musk has been unwilling to begin accepting Bitcoin payments at Tesla again, even as available energy data has undermined his company’s decisions.

While Musk has shown he does not yet understand the Bitcoin network’s relationship to energy production and why it’s beneficial for his core renewable energy industry, or the humanitarian property rights issues it can solve for the world’s nearly 8 billion people, the benefits of Bitcoin are not lost on President Bukele at all, who has remained steadfast in his conviction and leadership of a Bitcoin-fueled financial revolution in El Salvador

Bukele has been evangelizing Bitcoin for months. He explained his objectives for volcano Bitcoin mining at the state run geothermal power plant in detail on the “What Bitcoin Did” podcast on June 23.

Bukele said, “Geothermal, it’s a very, very clean source of energy and it’s probably one of the — I would say the best, because there’s a lot of other green energy projects that are good, but it has almost no downsides.”

When describing the potential of geothermal energy over other popular renewable energy sources, Bukele said, “It’s just the Earth’s energy. And it works 24/7, 365 days a year. It will probably work for the next 500 million years, or whatever, just before the Sun absorbs the Earth or something. So, it’s going to be there; it’s there 24/7”.

He continued outlining plans for the first state-run volcanic Bitcoin mining plant, “It’s going to cost $480 million, so that’s going to be a legacy for the country because we are building infrastructure paid by Bitcoin.”